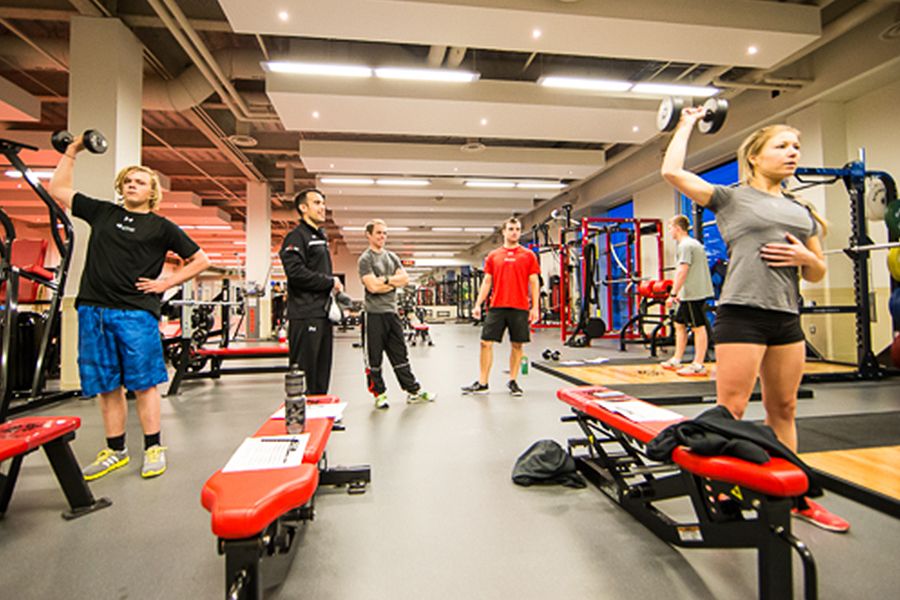 The Alberta Slalom Canoe Kayak Team lead by High Performance Head Coach Michael Holroyd has been improving in leaps and bounds, thanks in large part to a partnership they have formed with the Alberta Sport Development Centre (ASDC) Calgary and the Canadian Sport Institute Calgary (CSIC).

The diverse training group that has been utilizing the partnership since 2009 is currently comprised of 18 athletes at various levels in development. The group consists of 5 high performance athletes, 3 athletes one tier below high performance, and 10 additional athletes who are targeted as future stars. All have seen benefits from the organizations' unique partnership pooling their respective resources in order to provide the maximum level of support possible as opposed to dividing their respective contributions up in a less effective manner.

Coach Holroyd, a Canoe Kayak National Team member for 10 years, retired from the sport in 2007 to begin working his way though the CSIC's renowned Coaching Diploma Program. After completing the Advanced Coaching Diploma Level 4 Program, he commenced work with the team and has seen amazing improvements in many of his athletes, including Haley Daniels and Adrian Cole, who came into the ASDC Calgary program as young athletes and have progressed to the National Senior and U23 Team, respectively.

The team's biggest success stories thus far, Jessica Groenveld and Ben Hayward, are looking ahead to the Pan Am Games in Toronto in 2015. With the inclusion of Canoe Kayak in the Games for the first time, Groenveld is confident that the services the partnership has provided will continue to garner incredible international results, with the ultimate goal being to win a medal at the home Games.

Holroyd, along with all of his athletes, knows that the biggest advantage the partnership has provided has been the opportunity to work with world leading specialists from the CSIC that they typically would not have access to. These experts include Sport Scientist Kelly Quipp, who conducts physiological testing on the athletes twice annually using a Kayak Ergometer in the state-of-the-art Sport Performance Laboratory at Canada Olympic Park. The team also utilizes the exclusive High Performance Training Centre a minimum of twice weekly in order to train with CSIC Strength and Conditioning Coach John Abreu. Mental Performance Coach Clare Fewster rounds out the group of CSIC experts that have actively contributed to the team's success through the partnership. Groenveld is convinced that these opportunities have enhanced her training, saying, "The collaboration of ASDC and CSIC has enabled us to access resources that are fundamental to athlete development and success. For myself, the strength gains made this year with John, and the ability to have specific training targets from testing with Kelly, are incredibly important."

Coach Holroyd is equally thankful for the world class teamwork that goes into his program, saying, "We are really lucky here in Calgary to have the ASDC Calgary help athletes, collaboratively with our provincial association, work up to the National Team level where the CSIC programs kick in. Through this system, we have been able to use the world leading testing, strength and conditioning, and mental training service providers from the CSIC and bring it to our developing provincial athletes. This gives us consistent long-term data from testing and ensures that athletes stepping onto our National Teams are doing so with good fundamentals. This linear, consistent support has allowed our programs to help athletes to the fullest."