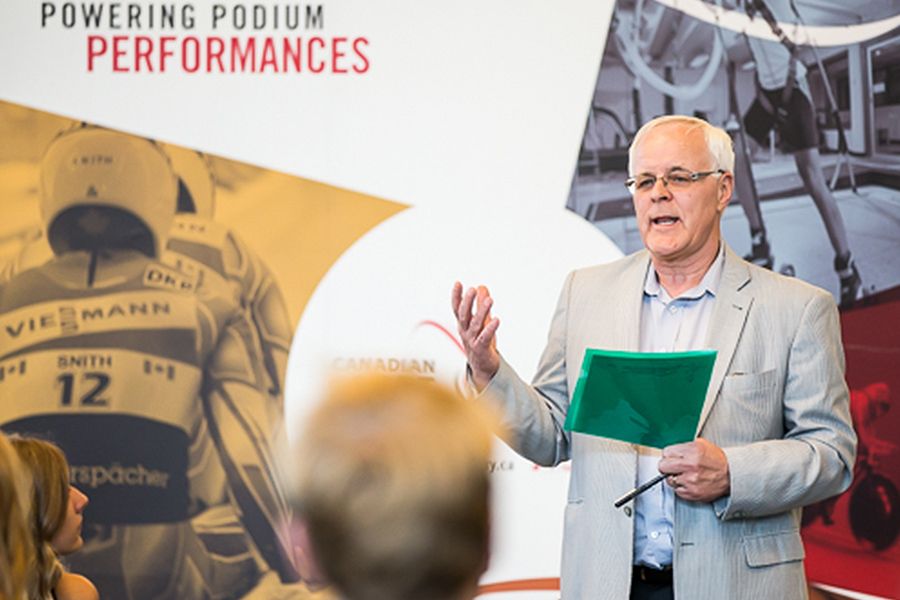 The Canadian Sport Institute Calgary (CSIC) is recognized for being world-leaders in many areas of athlete development. It is due to this recognition that the CSIC has become accustomed to facilitating opportunities to learn and share information with many representatives from other sport organizations both domestically and internationally. Dale Henwood, President and CEO of the CSIC, takes great pride in the Institute's ability to help other institutions further their sport education, saying that people request to come here because the CSIC has a "reputation for having great expertise, great programs, a history of impact, and repeated performance success."

Henwood knows that the benefits of hosting both local and international visitors, and sharing some of his program's world-leading concepts, are to the benefit of everyone involved, including the CSIC. As always, everything is done with the Canadian athletes' best interests in mind, as Henwood states, "I believe you should share, and when you share everyone gets better."

Topics that are discussed between organizations vary depending on each other's strengths. For instance, at the beginning of November, a group of five women from the Japan Sport Council spent time in Calgary learning about how the CSIC has contributed to incredible success for female athletes on the international stage. The answer was simple: equal opportunity. Women within the CSIC programs are privileged to all of the same benefits that their male counterparts are, something that is not always found in sports communities around the world. This mandate has shown in Canada's Olympic results, with women winning 14.5 out of 26 Canadian medals at the Vancouver 2010 Games, 12 out of 25 medals at the Sochi 2014 Games, and 10 out of 18 Canadian medals at the London 2012 games.

This coming week, another Japan Sport Council representative is coming to discuss the main points of hosting an Olympic Games in their home country. As Calgary is world-renowned for the success of the 1988 Olympic Winter Games, the organizers of the Tokyo 2020 Olympic Games are eager to investigate how to make their own home Games a success, both for the visiting countries and especially for their own athletes.

Plans are also being set in motion for the CSIC to host two representatives from the Sports Centre Papendal in the Netherlands. Their inquires pertain to the world-leading life services programs that the CSIC is a part of, such as the newly launched Game Plan Program and the Elite Athlete Work Experience Program (EAWEP). Both life services programs have been put in place to assist athletes with long term goals both inside and outside of sport. For example, Game Plan's main goal as Canada's athlete career transition program is to support and empower high performance athletes to pursue excellence during and beyond their sporting careers. Supporting athletes under the pillars of career, education, and personal development, the program uses a customized approach to ensure that athletes' specific needs are being met. Programs such as Game Plan and the EAWEP are significant contributors to the success of the CSIC's athletes because they give them confidence during their athletic careers that they will be well prepared for their lives after sport, relieving much of the anxiety that comes with spending early adulthood pursing sports excellence.

Be sure to visit www.csicalgary.ca to find out more about the Canadian Sport Institute Calgary's programs and services!