Where Are They Now? CSIC Alumni Champions Girls in Sports 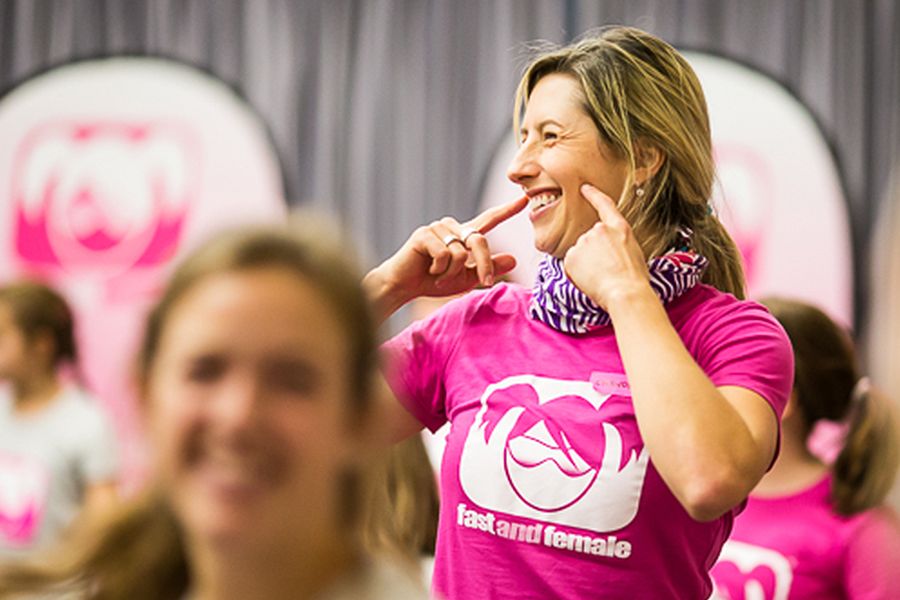 One year before Chandra Crawford's legendary success as an Olympic Cross-Country Skiing Gold Medalist, she came to a realization: "We have to do something to keep girls in sports." She had witnessed first-hand the plethora of talented girls that had stopped participating in sports because they felt pressure to conform to more traditionally feminine pursuits. It was with that in mind that Crawford, along with local sport organizations and her teammates, created the Fast and Female program, who's mission today is: "Deliver programs that keep girls healthy, happy and active in sports through their teens." One year later, Crawford became an Olympic Champion and her ability to "connect that young age group to the red and white dream" gained unfathomable steam.

As a Canadian Sport Institute Calgary (CSIC) athlete for her 14 years on the Canadian National Cross-Country Ski Team, Crawford knows what it takes for females to succeed in sports. She credits much of her own success in high performance sport to the work of the CSIC and its employees, such as exercise physiologist Jodi Hawley who "worked with my team from before I won my Olympic gold until my last Olympics in Sochi. Jodi would measure my physiological parameters, but also dismantle a potential psychological melt down if I had a bad test by taking a moment to connect with me. I was so grateful to always have her."

Saturday, November 1 marked a big step in the direction of creating a measurable impact on female athletes, when Crawford hosted the first Fast and Female Summit at the WinSport and Canadian Sport Institute facilities at Canada Olympic Park. The program's most diverse event since its inception in 2005, the Summit was extremely successful. It was "our biggest event in Canada in terms of most athletes, parents, and volunteers," with 20 different sports represented, and the highest caliber of speakers for the parent/coach seminar.

The line-up of speakers included Canadian Sport Institute Mental Performance Consultant Clare Fewster, along with Shawnee Harle, and Stephen and Lea Norris. Knowing the time and energy that high performance support staff members put into athletes' careers, it is especially significant to Crawford when "people like Clare, of that high caliber, spend time on their Saturday to come and talk about girls in sports. They really care and we really appreciate that. The CSIC's entire staff has been so supportive of Fast and Female. It is really fun to share our dream together of more female sport participation."

Crawford notes, however, that through all of the amazing lessons taught at the Summit, the most inspirational moment came from an unplanned experience. "I took all of the girls and we were allowed to work out in the high performance gym. They have a sign on the wall that says, 'Stay Humble. Be Hungry.' We had 120 girls, all under the age of 16, go into the gym and get to walk through the CSI athlete lounge. We walked them into the CSI and said, 'Imagine being an athlete who gets to use this facility. This is the last time you get to work out in here until you are an Olympian.' It was all so motivating for them – they were envisioning what it would be like being an Olympian in that environment."

Currently working on her MBA at the Haskayne School of Business, Crawford aims to continue expanding Fast and Female along with the help of the organization's other part-time employee, Marie-Helene Thibeault. With the direction that things have been going over the past nine years, and the enthusiasm that has been generated within the female sports community, the future of women's sports in Canada is looking bright.

Be sure to visit www.fastandfemale.com to find out how your organization can host a Fast and Female event and keep girls in sports!