2014: A Year to Remember for the Canadian Sport Institute Calgary 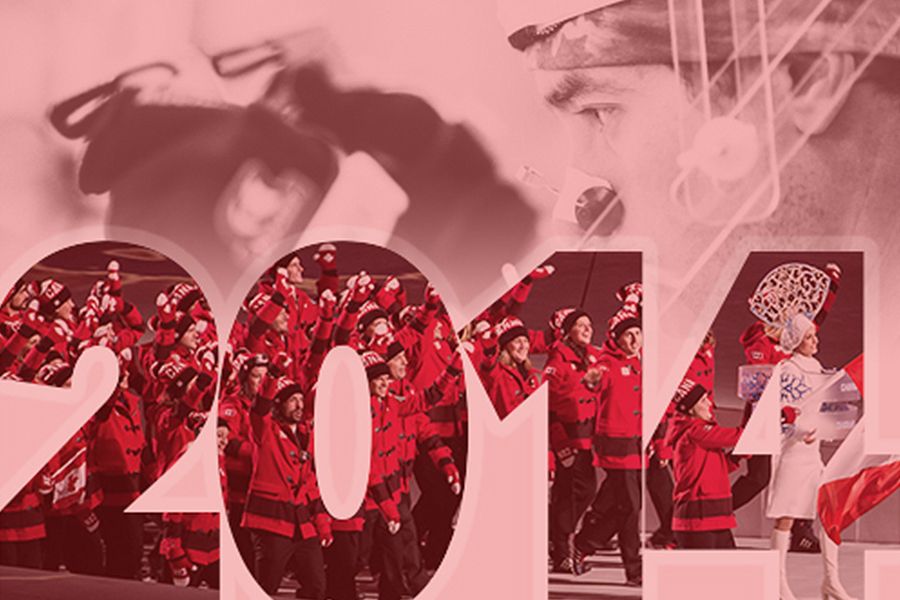 2014 was always going to be a year to celebrate for the Canadian Sport Institute Calgary (CSIC). Celebrating its 20th anniversary and looking forward to the Olympic Winter Games in Sochi, Russia, there were many events to anticipate. The year did not disappoint. From the Olympic triumphs of the athletes to moving into a new home with state-of-the-art facilities, 2014 was certainly a year to remember. President and CEO Dale Henwood summarizes the beginning of 2015 best, believing that, "As we start a new year it is important to reflect on the past and embrace the future. This is an exciting time to look forward and to prepare the CSI for growth and success while being mindful of the business environment in which we operate."

February's Olympic and Paralympic Winter Games in Sochi, Russia, was the highlight of 2014 from an athlete performance perspective. With CSIC supported athletes Kaillie Humphries, Heather Moyse, Erik Carleton, Chris Klebl, Brian McKeever, and members of the women's hockey team all coming home as Gold Medallists, the Institute's impact on success was reinforced. The success of the CSIC's winter athletes also served to give many summer athletes additional motivation as they prepared for amazing performances at the 2014 Commonwealth Games in Glasgow. Those same summer athletes are now looking forward to the 2015 Pan American Games in Toronto.

The 2014 move to the facilities at Canada Olympic Park was especially impactful for both employees and athletes at the CSIC. Aside from the benefits of the world-leading weight room and training facilities where the athletes are fitted with Under Armour sponsored uniforms, athletes have access to on-site services such as sport medicine, sport science testing, physical and mental consultants, and strength trainers. Included in the facility is an athletes' lounge complete with a beautiful kitchen that not only allows for prompt and proper recovery after training sessions, but has also served as the location of an increased number of nutrition information session such as the Taste Buds series. The CSIC staff have greatly benefitted from the move as well, with the new location allowing all staff members to work in one centralized location, providing increased communication and enhanced services to the athletes.

Never content with simply maintaining the status quo, the Performance Services teams at the CSIC have continued to improve their abilities and receive increasing accolades for their work. By transitioning into an Institute from a Centre there has been opportunity for increased communication amongst team members and the result has been improved integration of services. The impact on athletes has been evident, with the CSIC's highly skilled specialists continuing to be in high demand from National Sport Organizations who have requested increases in support for their athletes and coaches.

2014 also brought about exciting advancements in the CSIC's Life Services portfolio, with the long-anticipated launch of the Game Plan Program. Game Plan is a national program created with the intention of helping athletes focus on performance when it matters most while also preparing for success once their athletic careers have ended. Taking a proactive approach to both life and career planning, the program uses a customized approach to ensure that athletes' specific needs are being met. The program has already received a great deal of athlete praise over its ability to allow for optimal performances throughout every stage of athletes' careers by ensuring that they are focused on performance while also being prepared for a successful life after sport.

2014 was a year that significantly reinforced the CSIC's commitment to delivering world leading coaching development opportunities. Hosting the Global Coaches House conference during the Sochi Olympic Games in partnership with the International Council for Coach Excellence, the University of Calgary, and the Coaching Association of Canada, the CSIC continued to ensure that the vital role of coaching was not overlooked as a developing area. With 28 sessions over 10 days, Global Coaches House Calgary hosted international speakers who spoke on a variety of topics to support coaching at many different levels. The opportunity to learn from many of the world's best coaching minds attracted coaches from across Canada, including those who participated virtually. The CSIC continued to support the program during the Global Coaches House Glasgow, which offered on-site learning opportunities for coaches who were attending the Commonwealth Games.

Every year passes with successes and failures. Fortunately, 2014 went by as a year with many things to celebrate for the Canadian Sport Institute Calgary. As we move into 2015, The Year of Sport in Canada, Dale Henwood is enthused by "the huge opportunity for the CSI to have an even greater impact on the Canadian High Performance sport system." Here's to an amazing 2015 and another 20 years supporting high performance sport. Happy New Year!