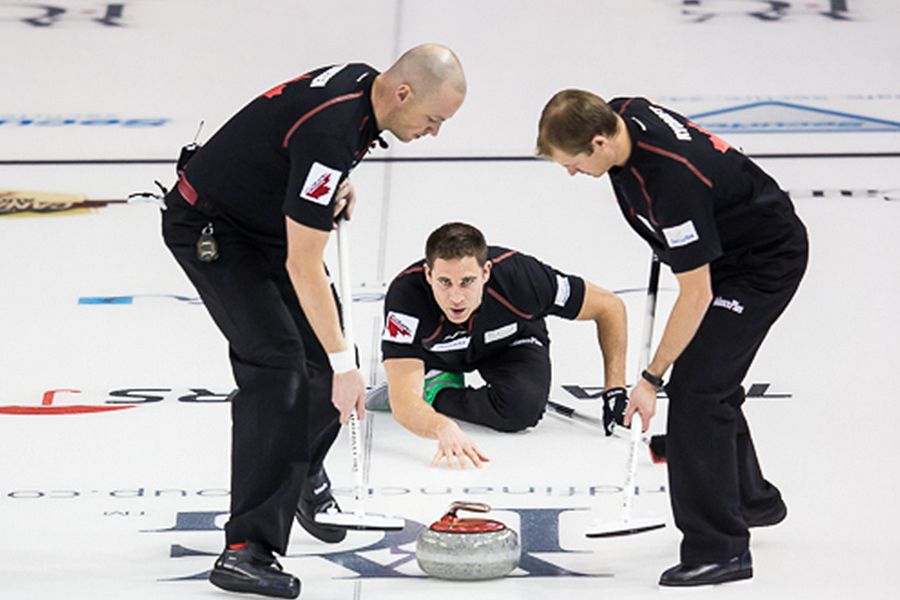 Canadian Sport Institute Calgary athlete John Morris won bronze at the World Curling Championships in Halifax, Nova Scotia on April 5th when Team Canada defeated Finland. Morris was an integral part of the home team during the tournament, which took place from March 28th - April 5th, 2015. Morris, who was a member of the gold medal winning team at the Vancouver Winter Olympic Games, currently throws third on a team with Nolan Thiessen, Carter Rycroft, and Pat Simmons.

The CSIC facilities at Markin MacPhail Centre recently became Morris' home training centre. The facilities were on display from January 8th-11th, when WinSport hosted the World Financial Group Continental Cup for Curling. The tournament had both male and female curlers from all over the world. During the competition, many of the top curlers used the CSIC facility.

John, is studying nutrition and working as a firefighter in the Rocky View Municipality, is an athlete who benefits from having all of their athletic needs met in a centralized location. His training regime often consists of workouts in the gym followed by treatment from Kevin Wagner, the CSIC's Director of Physiotherapy. He concludes his routine in the athletes' kitchen where he can prepare his post work out shake while sharing his experiences and getting inspired by Canada's high performance athletes from a wide variety of sports.

The Simmons team started their run earlier this year with a unique story. They began the qualifying tournament, the Brier, with Morris being positioned as the team's Skip. After a tough start, Morris made the decision to move into a more familiar position as the team's Third and have teammate Pat Simmons take over as Skip. The decision proved to be ideal for the team, who proceeded to win the Brier and go on to win the World Championship bronze.

With their win at the Brier, the Simmons rink has automatically qualified for the 2016 Brier. Defending their title will surely be a part of the team's long-term plan to train and compete together with the goal of representing Canada at the 2018 Winter Olympic Games in Korea. Morris is planning to make use of the CSIC's combination of facilities and services throughout the quadrennial and hopes to bring his team members to Calgary for training camps in order for them to make use of the facility's benefits as well.

The CSIC enjoys having a world-class athlete from yet another sport reaping the benefits that it has to offer while inspiring the athletes around him. Congratulations to John and the rest of Team Canada.