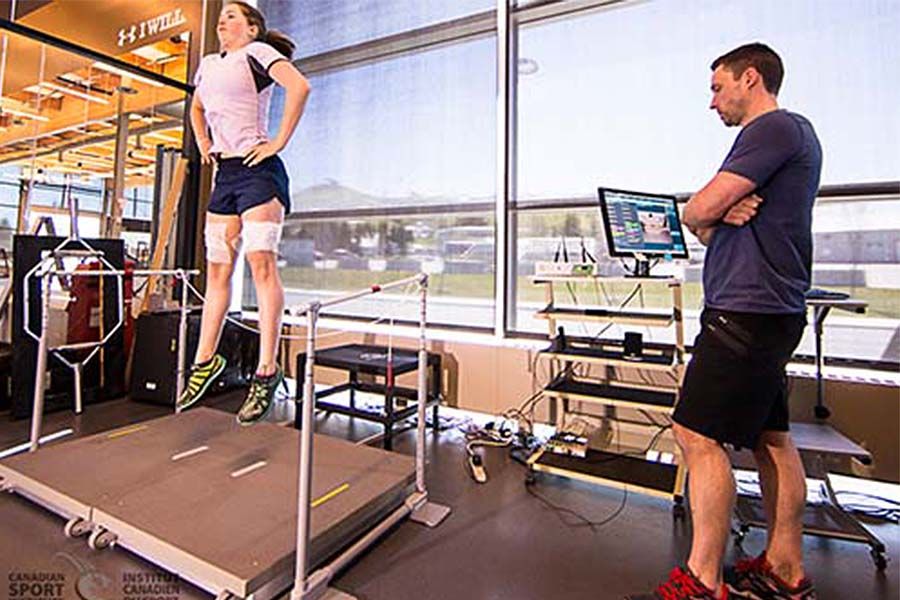 The SPort INnovation (SPIN) Summit, hosted by Own the Podium, is a symposium for professional development in the areas of applied sport science, sports medicine, and innovation. The conference aims to bring experts together with the goal of achieving Olympic and Paralympic success.

To be considered for the award, PhD candidates were asked to submit abstracts and create posters highlighting their research. The research posters were displayed at the conference to encourage discussion and generate ideas among the attendees. The top five students, chosen by a judging panel, were then asked to present five slides in five minutes at a conference social. Based on the presentations, three students were selected to receive the award as well as $1000 towards their educational pursuits.

Jordan’s innovative PhD research is focused on functional neuromuscular assessment in alpine skiers with knee injuries. His goal is to develop tests to be used as part of a long-term study to identify modifiable risk factors for knee injuries. After working directly with the Canadian Alpine Ski Team, Jordan theorized that alpine ski related injuries often occur when the athlete is fatigued, especially if there is a quadriceps versus hamstring muscle imbalance. The results of his studies could lead to reduced injuries in Canadian alpine ski racers, increasing the amount of time that they are able to train and compete.

The award-winning data that Jordan presented at SPIN came from the fourth of five studies that he is doing over the course of his PhD. Jordan is writing up the fourth study with the intent of getting it published. He will then work toward the fifth project and expect to complete it in the fall of 2016.

Jordan has high expectations for his research. Ultimately, he hopes to take on graduate students at the University of Calgary and continue with the momentum generated in the CSI Calgary strength and power lab.

CSI Calgary supports the cutting-edge concepts being generated by the members of their team. In total, CSI Calgary presented 8 posters on new and applied innovation projects focused on helping athletes succeed. In addition, former Biomechanics Consultant Luciano Tomaghelli was one of the five finalists for the Gord Sleivart Young Investigator Award for his research on kinetic factors associated with performance during the pull start in elite Canadian Luge athletes.