This is Les Gramantik, a European-born Olympic pole-vaulter turned legendary Canadian athletics coach. Gramantik made his mark in Canada by coaching two of the country’s most successful multi-event athletics athletes in history, Jessica Zelinka and Michael Smith.

Zelinka is a two-time Olympian, finishing 7th at the 2012 Olympic Games in both the heptathlon and 100m hurdles, while Smith is a three-time Olympian, 1991 World Championship Silver Medallist and former national record holder in the decathlon. 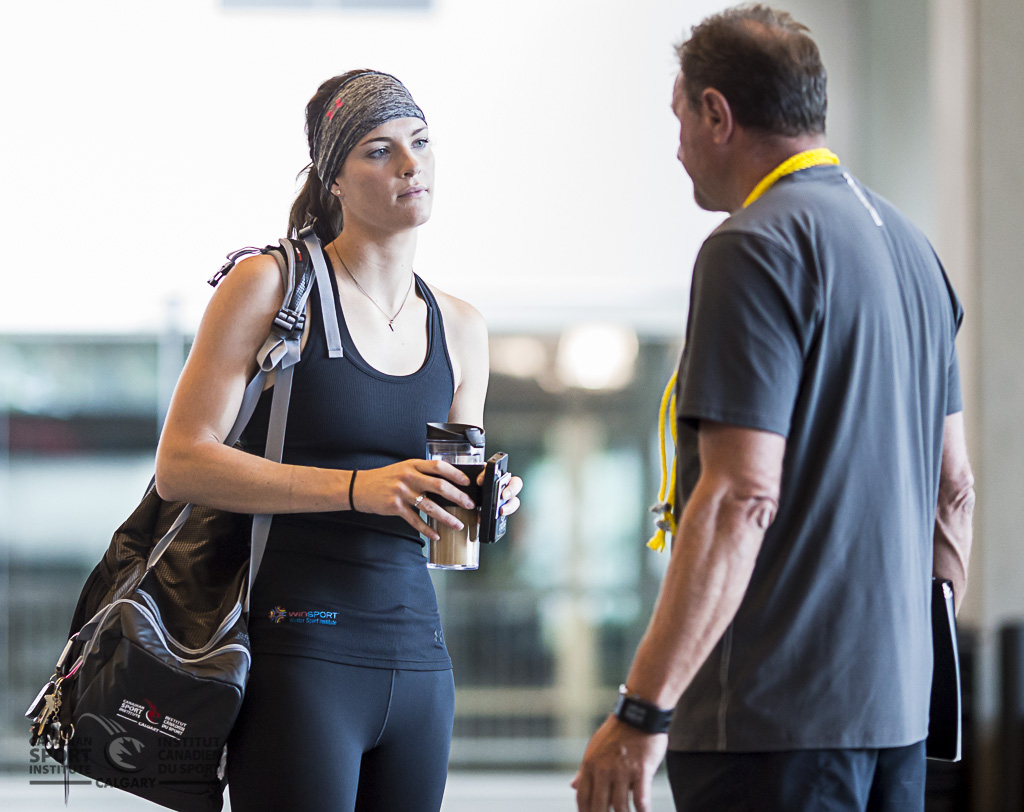 In conversation with Gramantik, it is apparent that much of his success comes from his diligence and pure love for sport. He describes coaching as “a passion, not a job,” and says, “I am fortunate to have found my passion and live it. I have not taken a holiday in fifteen years. Why would I? I am on holiday every day.”

Now Gramantik is training a younger generation of athletes at the Canadian Sport Institute Calgary. He has created what he calls, “The best group I have ever had.” After forty-five years of coaching, that is high praise for team members Rachael McIntosh, Natasha Jackson, Nicole Oudenaarden, Rachel Machin, and Katelyn Lehner.

With September 19-27, 2015 being declared National Coaches Week by the Coaching Association of Canada, Team Gramantik has every reason to say #ThanksCoach for the impact that their coach has had on them, both on and off the field of play.

The coach-athlete relationship between Gramantik and Rachael McIntosh is based on a foundation of trust and long-term goal setting. Immediately after high school, McIntosh began competing for the University of Pittsburgh on a full NCAA scholarship. She experienced a year of instability and frustrations, changing coaches several times throughout the year.

Fate was in her favour, however, when she met Gramantik the following summer. He saw the 19-year-old’s potential and offered her long-term commitment. “I can see us working together 12 years from now,” Gramantik said.

That was all McIntosh needed to hear as she packed her bags, renounced her scholarship, and moved to Calgary. “Although I gave up my scholarship, I saw the opportunity to train with one of the world’s greatest coaches and to build myself a name and reputation working with one of the most talented athletes our country has to offer.”

McIntosh and her teammates have bright athletic futures thanks to Gramantik’s vision for them. After decades of experience, Gramantik only sees more coaching down the road, exuding passion when he says, “I can really help athletes. As an old Hungarian saying goes, 'A good priest will learn until he is dead,' and I am still learning and getting better.”