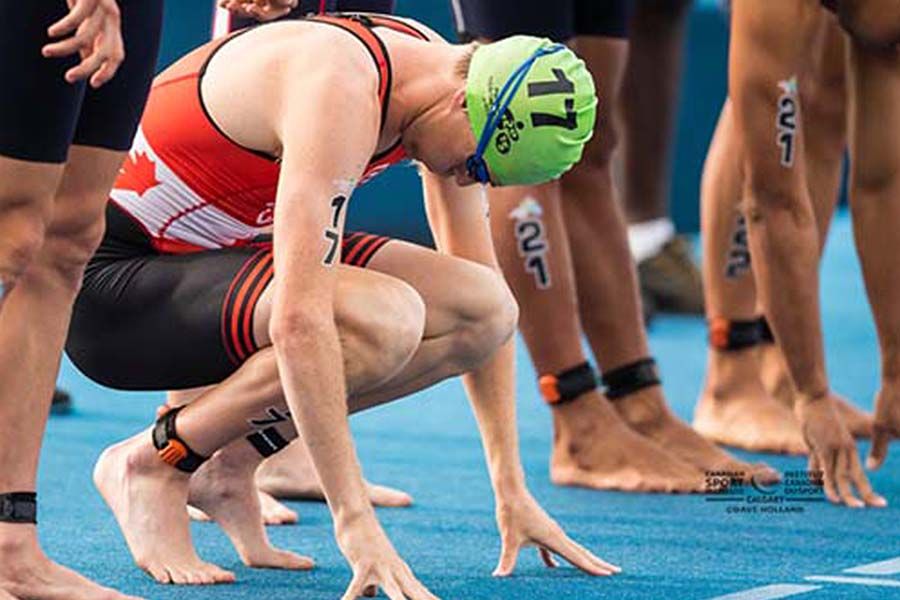 Olympic-bound freestyle wrestler Erica Wiebe remembers clearly the match that catapulted her onto the Canadian senior women’s team for the 2013 World Championships. On the morning of the wrestle-off that would determine who would make the team, she awoke to pounding on her hotel room door at 8:45 am. Her match was scheduled for 9:00 am. A mad rush ensued and she made it to the venue with three minutes to spare, but she was strangely calm – she was ready.

Two quick and successful takedowns saw Wiebe win the match in a matter of minutes. “From the time I woke up to winning the match was twenty minutes!” she remembers, laughing. “But I was so prepared, I had visualized the match so many times, I knew what was going to happen. All of these things went wrong, like missing my alarm, but I was still ready.”

Being ‘ready’ to compete is something all athletes aspire to. Whether it’s through determining the best pre-race routine or figuring out the ideal mindset in the weeks, days or minutes before a race, each athlete has their own way of getting ready for competition. Frank van den Berg, Director of Mental Performance at the CSI Calgary, helps athletes work towards their best state of readiness, through a concept he calls R.E.A.D.Y.

R.E.A.D.Y came to van den Berg from a story he read in a text book years ago, where a coach asks his athlete, “Are you ready?” Her reply was, “No, not quite ready, yet!” The idea is that there is room in the final days, hours or minutes before competition for flexibility and openness in routine or mindset – there is space, and time, to get the last details in place before competition.

van den Berg says, “I think it’s a good feeling to feel prepared - from training history, competition experience, routines and strategies for competition, but it’s okay to keep it open, be flexible, right up until the start.” The ‘Y’ in R.E.A.D.Y stands for ‘yet’.

In some sports the ‘Y’ might be about the taper in the last few days, where top speed is the goal, i.e. it’s a physiological component. In alpine skiing it could be about inspection of the race hill in the days leading up as well as the day of, where changes in conditions could lead to making a change in approach or strategy.

It’s all about keeping that last little bit open and flexible to be able to adapt to any situation that comes up. “When I first talk to athletes about the idea of R.E.A.D.Y they often feel a sense of freedom or relief. It gives them room to keep a few percentage points open. They don’t have to worry about it in advance,” says van den Berg.

Denny Morrison, four-time Olympic medalist in long track speed skating, feels a sense of readiness from confidence he develops in his routines in the years prior to a big competition. “Sochi was the most ready I’ve ever felt,” he says. “Ready physically but also mentally. I nailed down a routine in the two Olympics before Sochi. I just felt so dialed.”

Even still, there was room for letting himself experience how he was feeling without judgement. In the few days before his first race in Sochi he knew he wasn’t quite there physiologically but he knew that he would be ready on race day. “I always had confidence in the program that I would feel good on race day even if I didn’t feel great the days before,” he says.

Readiness can be elusive, though. Both Wiebe and Morrison recall times where they felt ready but underperformed. For Wiebe, she underestimated her opponent’s strength at the 2014 World Championships and was thrown to the mat early. “That wasn’t the best mindset,” she remembers. “The best mindset I can have is when I go into it knowing that this is going to be a really tough match.” Looking back, Morrison says he was arrogant in how good he was feeling in the days before his races at the 2010 Olympics in Vancouver, where he skated well below his potential.

Ultimately, maintaining openness and flexibility to adapt can help the athlete stay in the moment and achieve a state of mindfulness that is central to a good performance. “It’s not a bad thing to not feel completely ready one month before the Olympics,” says van den Berg. “The athlete is only completely ready once they get to the start line.”