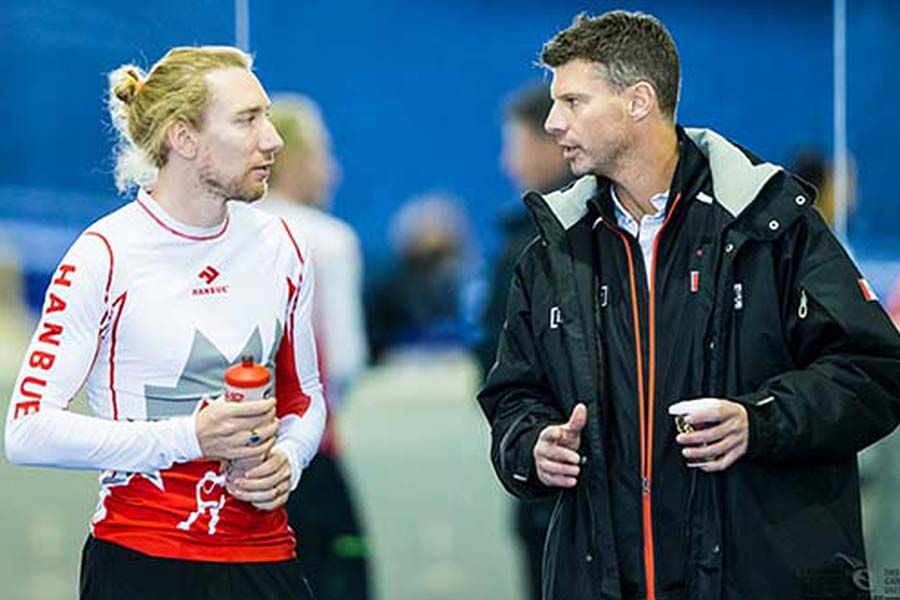 In a season punctuated by Ted-Jan Bloemen setting the 10,000m World Record and Ivanie Blondin being crowned the Mass Start World Champion, the Canadian Long Track Speed Skating Team has exceeded all expectations.

Predominantly based out of the Canadian Sport Institute Calgary (CSI Calgary), the team recently wrapped up the World Single Distance Championships where they won four medals (Blondin’s gold, a 10,000m silver from Bloemen, and bronze in the 500m from Alex Boisvert-Lacroix and the Men’s Team Pursuit).

Scott Maw, CSI Calgary Sport Physiologist and Integrated Support Team (IST) Lead with Speed Skating Canada (SSC), knew the team had what it took to be a force on the global stage. Over the past two seasons, there has been a collaborative effort between SSC, the Olympic Oval and CSI Calgary in making adjustments to team culture, expectations and accountability. It began with an overhaul of the athlete pathway to make it one program focused on performance across all levels.

The changes have lead to an increased concentration on the four main pillars that Speed Skating Canada’s program is built upon: respect, compete, accountability, and professionalism. This has come from an emphasis on team atmosphere, an element that can be difficult to emphasize in a mainly individual sport. To enhance the concept of team, all of SSC’s coaches have worked together to create a team-oriented yearly training plan that includes team training camps throughout the year.

Maw says the objective is “really about making sure each and every athlete is getting the basics right while respecting their teammates and their competitors and what it means to skate with the maple leaf on their skinsuits. This in turn gives them the confidence that they can perform when it matters.”

Following the 2014 Winter Olympics, Maw began working to develop key performance indicators (KPIs) to determine if World Cup performance was an indicator of World Championship or Olympic success. His task involved analyzing results from the previous six seasons, including thousands of races.

These KPI’s are used by CSI Calgary Mental Performance Consultant Derek Robinson to increase athletes’ emphasis on both individual and the team’s performances. By frequently reporting to the skaters on how they performed as a team relative to the other countries, Robinson is able to motivate skaters to improve for individual progression and to contribute to the team’s success.

Maw and the IST have adjusted many elements of the speed skating team’s approach. To better quantify the skaters’ response to training, SSC’s coaches have aligned how they classify training zones. This has worked in conjunction with a revamped approach to how skaters are monitored allowing IST members to hone in on how each athlete is responding to training. The athletes are also being monitored on their attention to elite habits, which include a vast array of things such as sleep and nutrition.

Despite the endless ways to monitor athletes, adjust training, and encourage a supportive environment, ultimately Maw knows, “When it comes down to it, it’s all about the skater giving their best performance on the day that counts. We are here to support that and to help them make it happen by design rather than by chance.”

The speed skaters close out their season in Heerenveen, Netherlands