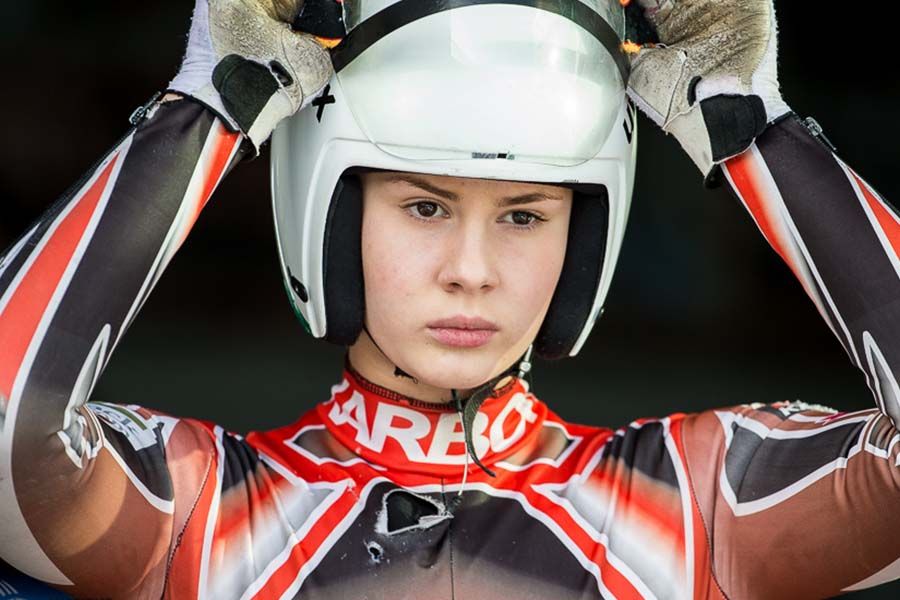 Canadians have an upcoming group of athletes to watch for in the near future: the 2016 Winter Youth Olympic Games (YOG) Team. The team is already en route to the Athletes’ Village in Lillehammer, Norway where they will compete from February 12-21.

The Canadian Sport Institute Calgary (CSI Calgary) will be well represented at the YOG. CSI Calgary athlete alumnus Eric Mitchell, a ski jumper who competed at the 2010 Olympics in Vancouver, has been named as a Games Young Ambassador. As a Young Ambassador, Mitchell’s role is to live by the Olympic values while inspiring the athletes to get the most out of their Games experience.

NextGen Luge athlete Brooke Apshkrum is also part of the YOG delegation. Apshkrum is currently in Winterburg, Germany training with CSI Calgary Strength and Conditioning Coach Mike Lane. Apshkrum is one of nine YOG athletes who call Alberta home. Lane says, “I'm really excited for Brooke and the rest of our Luge team to apply the skills they developed in the summer months while preparing for this opportunity. The culture of excellence that we have developed at the CSI Calgary with off-ice training has undoubtedly played a role in Brooke's approach to training on the ice as well. I'm proud of her and excited to see where this experience leads her in the future.”

Adding to the list of CSI Calgary representatives, recent Advanced Coaching Diploma (ACD) graduate Lucas McGurk has been named the Head Coach of the YOG Biathlon team. A former cross country ski racer, McGurk retired from racing in 2010. He furthered his knowledge through the multi-sport theory classes at the National Coaching Certification Program and then continued into the ACD. Although this will be his first major Games, McGurk was chosen as the team’s Head Coach through a selection process where he says, “Having the ACD helped me stand out amongst the candidates. This is an awesome opportunity.”

As for his experience with the ACD program, McGurk feels that it was a great fit for him, saying he is, “Always looking for new information and new ways of doing things. It was the start of a clear path for me in coaching. I was very fortunate to meet several high level coaches in a variety of sports and we had a lot of cross pollination of ideas. The other coach-learners were amazing. You are learning from the teachers but you are also learning from your peers.”

The CSI Calgary is represented in Norway by leaders, coaches and athletes. Don’t forget to cheer on our young Canadian competitors as they take on the world at the Youth Olympic Games! Be sure to visit http://www.lillehammer2016.com for up-to-date results.

The CSI Calgary’s next ACD session begins in April 2016. Registrations are being accepted until February 15. To register, visit www.csicalgary.ca/advanced-coaching-diploma  or contact Program Director Jason Sjostrom at This email address is being protected from spambots. You need JavaScript enabled to view it.