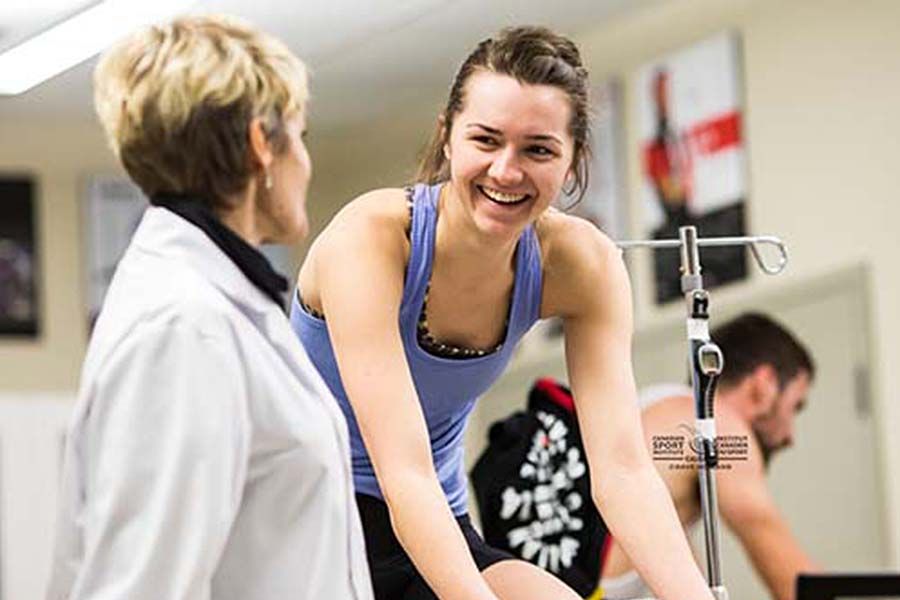 There is a moment in sport when everyone but the athlete falls away. All of the people who had input into crafting an athlete for performance excellence – coaches, physiologists, psychologists, strength trainers, physiotherapists – step back to the sidelines, left only to watch, knowing that they have done everything they can to prepare the athlete to have what it takes to perform, to be in the game.

For some, hearts race and butterflies surge; for others, there is cheering and yelling at the TV screen; for others still there is no need or desire to watch at all – the work is done. Just as each person has a different role to play in cultivating the athlete’s performance, they also have different ways of approaching their work and investment in the athletes they train. However, one constant remains: while their primary aim is to help athletes be in the game, their hearts are in it, too.

The bond that develops between support staff and athletes is professional, but over time it becomes uniquely personal, too. “You can’t help but be emotionally connected,” says Cara Button, CSI Calgary Life Services Manager. “They’re not just a name you read in the paper, you’re invested in them.” Kelly Quipp, the CSI Calgary Sport Performance Laboratory Lead, agrees, “You get to know the athletes on many levels, whether it’s spending two hours in the lab watching them breathe or taking measurements of muscle and fat (body composition).”

For many, it is the process of helping build and shape an athlete over a four-year cycle in preparation for an Olympic Games that fuels their work. Dr. David Smith, Director of Sport Science at the CSI Calgary, says all the work is done at the front and middle end of the cycle, and that’s what he is passionate about. “It’s not the end result I find exciting,” he says. Scott Maw, CSI Calgary Sport Physiologist, agrees, “To me the process is more important than the actual performance. If I just focused on the performance, it would be impossible to do my job.”

For both Dr. Smith and Maw, the reward is in seeing the athletes realize their potential. “The most rewarding thing is that an athlete goes out and does what they are supposed to do, you just want them to execute what you know they can do,” says Dr. Smith. Maw says he feels satisfaction “from doing what I can to help these athletes go out there and do what they love on the biggest stage.”

When she is working in the lab or on site, Quipp says it’s about doing what needs to be done. “I’m here to do this job and I take the emotion out of it, but when I’m watching the athletes compete the emotion comes out and I’m a proud mama again!” For Maw, all aspects of the job are fully integrated with his desire to maximize performance. “There is nothing else I’d rather be doing so if that’s passion, then I guess my emotion is always there. I just try not to ride the highs too high or the lows too low” he says.

Highs and lows are part and parcel of sport – for every moment of joy, there can be one of sorrow, too. “When the men’s water polo team qualified for the 2008 Olympics our whole office erupted, when the women’s team pursuit failed in 2010 we all cried over that,” Button remembers. “It goes both ways.”

This deep connection to their work and the athlete journey ultimately strengthens the impact that CSI Calgary staff like Smith, Maw, Quipp and Button have on sport in Canada. “We’re trained to do our job, but we’re people too,” says Button. “We’re not family but we feel like we are.”