Huynh Pins Heart on her Sleeve 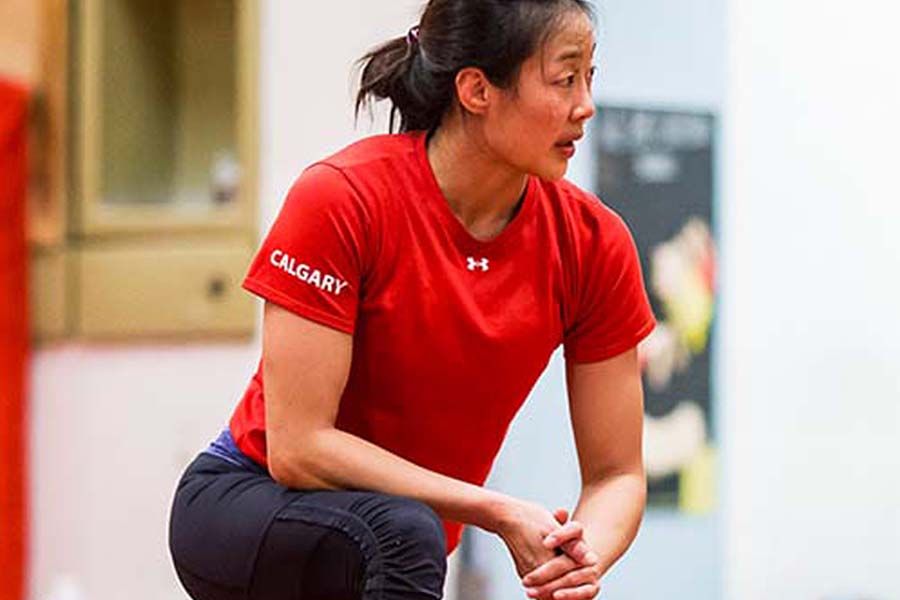 The entirety of all that Carol Huynh has ever accomplished in her life made her an ideal choice for the role of Assistant Chef de Mission for Team Canada at the upcoming 2016 Olympic Summer Games in Rio. That the two-time Olympic medalist in wrestling, and CSI Calgary Next Generation coach, was handpicked for the job astonished Huynh, “I was surprised, bigtime surprised! I heard through the grapevine last fall that it might happen, but when the call came in October I was still surprised. It boggles my mind that they chose me.”

If you look closely at Huynh’s long career in sport, first as an athlete, then advocate, coach and now mentor, it should come as no surprise that she was chosen to serve as Assistant Chef. But it’s not medals and accolades that make Huyhn, a former CSI Calgary athlete, the right person for the job, it’s her spirit and knowledge, and the desire to share it with the athletes – all of them. “I’m not there just to support the medalists,” she says. “I see myself being there as much for the athletes that didn’t quite do as well as they hoped.”

Brimming with infectious enthusiasm, Huynh relishes the opportunity to fulfill her role as team spokesperson, leader, mentor and cheerleader. “It’s a great opportunity for me to be on Team Canada in a totally different way. I can bring my different experiences to the table. In Beijing I came in as an underdog and left as an Olympic champion, and in London I came in as the favourite and with that extra pressure I had a lower result than I had hoped for.”

The same attributes that made her so successful as an athlete now influence the way she coaches. Endless dissection of every move, every thought and comment. When her athletes are less successful than she had hoped, there is thoughtful introspection about what she could have done or said differently that might have made a difference. “I’m still quick to blame myself!” she says.

But perhaps the profound experience of having to fight for the inclusion of her sport in the Olympic Games is at the heart of what she will bring with her to Rio. It came as a total shock to Huynh when, in 2013 the IOC voted wrestling out of the core sports for the Olympic Summer Games beginning in 2020. “For the first time I looked at the sport differently, beyond myself. I saw it from the grassroots level and from an international perspective, where kids all over the world dream of being an Olympian in their sport, or they just love to play a sport. It touches so many people and opens opportunities.”

The vote spurred Huynh to fight the sport’s ousting and she worked hard within the wrestling community to get the sport reinstated, an effort that was ultimately successful and which led to her election as the chairperson of the International Wrestling Federation’s new Athletes’ Commission. “I have been a part of, and witness to, a lot of great change in our sport. I feel very glad that all happened because so many things in our sport needed to be changed.”

This relentless determination to fight – on the mat, for her athletes, for her sport – has galvanized an Olympic spirit in Huynh that is unwavering. When asked what keeps her so deeply entrenched in both wrestling and the Olympic movement, Huynh laughs, “I ask myself the same question!”