Paving the Pathway to the Podium 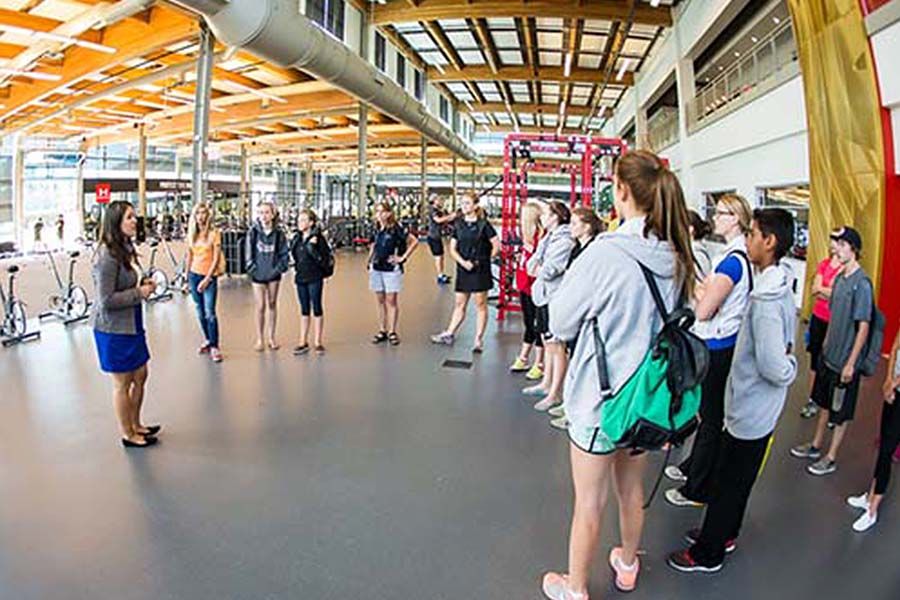 Budding athletes dream of the Olympic podium, but from a distance – it’s a long way off. This precious dream is held deep down in their young hearts by the belief that it is possible to one day step up and earn that glorious, coveted medal on the day it matters most. That the prize remains a distant goal is not a concern, in fact it is the great distance that must still be traveled that drives the next generation of Canada’s best.

It is not just through dreams that Olympic medals are won – it is the end result of years, if not decades, of dogged and meticulous preparation. This preparation begins long before the young athletes reach the elite level, at a time when they are the most malleable, adaptable and willing to learn.

The CSI Calgary, alongside a network of seven Alberta Sport Development Centres (ASDCs), recognizes this timeframe as an opportunity to help prepare young athletes for the next level. In Alberta, the pathway to the podium is being intentionally and methodically paved, by a joint CSI Calgary-ASDC effort that aims to enable emerging athletes reach their goals. Since 2009, the ASDCs have worked closely with both the CSI Calgary and the Provincial Sport Organizations (PSOs) of nineteen targeted sports to identify needs and deliver the right services and resources.

One of the primary goals is to introduce athletes to sport science services at a younger age. By partnering with the CSI Calgary, the ASDCs are able to introduce the kind of philosophy, language and science to the emerging athlete so that when they progress to the next level, it’s not all new. Reid Bilben, Manager of the ASDC in Calgary, says, “Bringing sport science to the forefront of the development pathway is a key factor in preparing the athletes.” He adds, “We are more intentional with what we are doing, we are more targeted and strategic than we have ever been.”

According to Miranda Sallis, Manager of Performance Services at CSI Calgary, the partnership also aims to extend the CSI Calgary approach to the PSO level. “The goal is to standardize the system by filtering down those best practices, like identifying gaps in an athlete’s performance or implementing the correct testing protocol and how to interpret results. The result is that there is a pathway for them to succeed,” she says.

Sallis also recognizes the importance of a targeted approach that best serves the athletes. “There are so many layers of influence on a young athlete,” she says, “We are trying to answer the question – ‘What do the athletes actually need?’ We are looking at laying the right foundation instead of just throwing everything at them and hoping something works.” This intentional approach has led to systematic alignment throughout the athlete development pathway.

The impact of the partnership extends to the five rural ASDCs as well. Scott Fraser, Director of High Performance Sport at Alberta Sport Connection, says, “ASDC is a good opportunity for the clubs to have their athletes have access to sport science.” Additionally, there is a component of knowledge sharing and educating local coaches, which Sallis says “opens their eyes to what is potentially available to them.”

It’s not just the young athletes that have big dreams, the proponents of this partnership have a dream too. Says Sallis, “In a perfect world, the pathway would lead from the ASDC, to Next Gen to National Team to the Olympic Podium.”