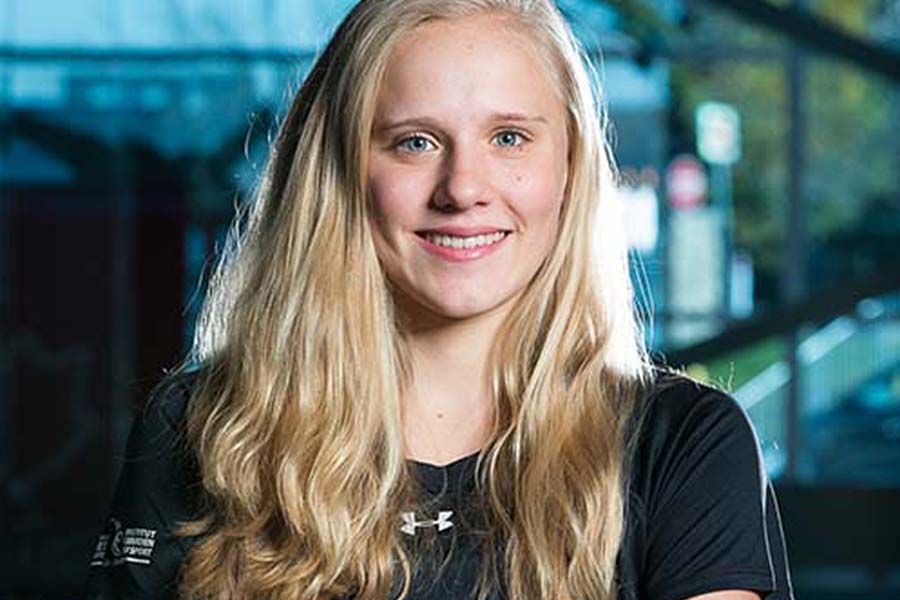 Emily Wagner did not always have her heart set on becoming a triathlete. The 18-year-old Calgarian grew up playing a wide range of community sports including ringette, soccer, and gymnastics. However, it was her prowess in competitive swimming and cross country running that prompted someone to suggest she test her abilities in a triathlon at the age of fifteen.

Three years later, the Canadian Sport Institute Calgary (CSI Calgary) athlete has been named Junior Triathlete of the Year. Wagner admits, “I really was not expecting it! There were a lot of other strong junior triathletes who had a great year as well.”

Wagner has been supported by the CSI Calgary since September 2013, only three months after she competed in her first triathlon. She was seen as an athlete with great potential by the CSI Calgary’s Lead of Athlete Development Paula Jardine and became part of the Talent Lab program. Wagner says the program has been “a great platform that provided me with the resources necessary to initiate my triathlon career. The services have been a great help to my success thus far. Testing in the Sport Performance Laboratory has helped my training, giving me a base line to work with and improve on throughout the season while allowing exercise physiologists to monitor and plan my program.”

Jardine notes, "The CSI Calgary recognized Emily's potential right away and we have been working with her since she started her triathlon career to build up her structural tolerance for training. Many good female triathletes are prone to overtraining injuries and fail to sustain their performances. We put in place a long term program for Emily designed to help her make the transition from Junior athlete to Olympian by making her a more resilient athlete."

Funding provided by B2Ten helped to support the CSI Calgary Talent Lab Project in 2015. Thanks in part to their support, up and coming athletes such as Wagner have had access to strength training and physiology support, as well as medical and paramedical services through the Talent Lab. For Wagner, meeting with Registered Dietitian Kelly Drager about questions or concerns regarding her diet, working on strength training with coach Anna Aylwin, and paramedical treatment with Shayne Hutchins have been crucial.

Wagner says, “The services provided from the CSI Calgary have allowed me to grow and develop as an athlete.” Moving forward, Wagner is looking to improve on her eighth place result from last year’s Junior World Championship by finishing in the top five in Cozumel, Mexico. Next season, she will advance to the Elite category and begin training for the 2020 Olympic Games.

For more information on the Talent Lab Project, please contact Paula Jardine at This email address is being protected from spambots. You need JavaScript enabled to view it.