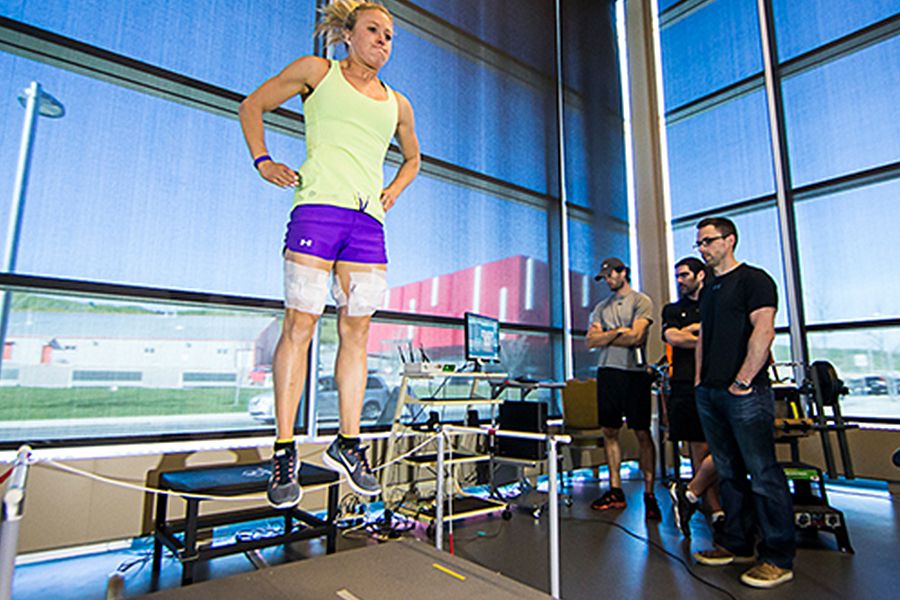 When it comes to science, data quality is paramount. Research outcomes are only as good as the accuracy and analysis of the measurements taken and decisions must be based on sound information. In the strength lab at CSI Calgary, there is a keen focus on quality assurance, which is vital to ensuring the integrity and relevance of research findings.

At the 2017 SPort INnovation (SPIN) Summit hosted by Own the Podium (OTP) and CSI Pacific in Richmond in early October, some of CSI Calgary’s top research minds had the opportunity to present the results from one of their recent projects, which was borne out of doubt that what they were seeing in the gym was real.

Erik Groves, Matt Jordan, Graeme Challis and Mike Lane started a research project to test the accuracy of force plate measurements in order to confirm that the force plates did not drift over time.

The test was simple – the various force plates were loaded with known weights, from 0kg up to 300kg, to make sure that 200kg was in fact being measured as 200kg, for example. This procedure was repeated over time. If the weights didn’t measure up on the force plate, it meant the sensors weren’t working properly.

“The impact of any inaccuracies at the level of a weight on the force plate will be magnified with a jump or movement component,” says Groves, CSI Calgary Research and Innovation Lead. It turns out that the sensors in some of the force plates were degrading with heavy use over time, leading to inaccurate measurements.

Groves says this type of quality assurance check is the first step in making sure the work they are doing with athletes is accurate and applicable. “We need to catch this in order to not misinterpret the data we are collecting from athletes,” he explains. “You want to know that any change you are seeing [in an athlete] is real.” For an athlete recovering from knee surgery, for example, having confidence in pre- and post- measurements is critical to making sure progress is on track.

So, what does this mean for performance? For starters, it means that the strength team now has a solid base from which to do further analysis of jump testing. “The first step was to ensure the quality of the data and make sure it is accurate,” says Groves. “The next step is how we can seek to better understand the various parameters of jump testing as it relates to performance.”

Sharing these results at the SPIN Summit, a conference that is all about building tools for future Olympic and Paralympic success through research, serves to help others advance their own commitment to research integrity. Says Groves, “The whole point of the research is to improve the quality of the data we are collecting to maximize our impact on performance.”