Abbott Leads the Way in the West 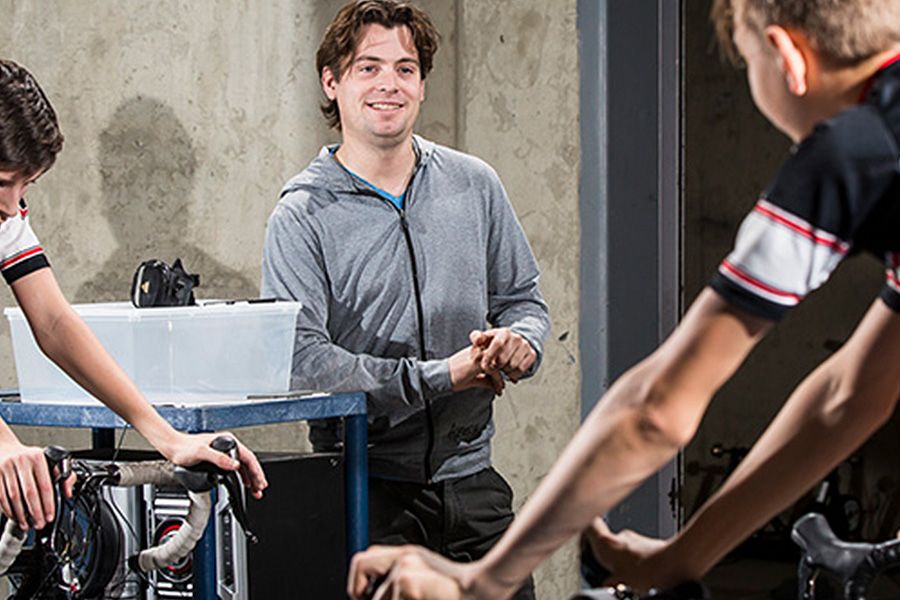 There is a new para cycling program on the block – the NextGen Para Cycling-West program – launched recently by Cycling Canada. In tandem with its eastern counterpart, led by Guillaume Plourde, this program will be headed up by long-time cycling coach Phil Abbott.

Abbott, who has been a high-performance cycling coach at CSI Calgary since 2009, was recently appointed as the new NextGen Para Cycling Coach-West, and will oversee the program in Manitoba, Saskatchewan, Alberta, British Columbia, Yukon and Northwest Territories.

Calgary will be the hub city and the program will operate in partnership with CSI Calgary, Own the Podium, the Alberta Cycling Association and the Canadian Paralympic Committee.

Through this program, Cycling Canada is looking to enhance the daily training environment and by partnering with CSI Calgary they are able to access experts across many disciplines, who will provide full IST (Integrated Support Team) services.

“We’re excited to be involved,” exclaims Miranda Sallis, Performance Services Manager at CSI Calgary, adding, “This is a fantastic opportunity for Phil to continue growing in his profession while continuing to work alongside many of the same CSI Calgary service providers.”

This is the first concerted effort by Cycling Canada to provide more direction, support and likelihood of success to athletes that are five to eight years away from a Paralympic podium.
“There has always been a para cycling program in Calgary, but it was more at the grassroots level with a few high-performance athletes,” says Abbott.

For Abbott, the full-time position brings new energy and new challenges. “This is my first opportunity to work exclusively with para athletes,” he says.

Abbott says he particularly enjoys the adaptive sport component of para cycling. “Every athlete is unique and each disability is unique,” explains Abbott. “Figuring out the best set up for each athlete is an interesting challenge, you have to think outside the box.”

He also says that it’s very gratifying to help the athletes see how capable they can be. “It is sometimes about proving to them that they are more capable than they think they are,” says Abbott. “They are impressed they can do it and that is the biggest joy they get out of it. They are very thankful.”

An important aspect of Abbott’s new role will involve recruiting more athletes to the program from across western Canada. There is a lot of potential to reach new athletes, many of whom may not even be aware of what is out there. “There are athletes who may transfer well from other sports or those who don’t even know para cycling exists,” explains Abbott.

Abbott understands that ultimately this new program is part of a larger, long-term vision for the para cycling program. “I want to meet that goal of getting the athletes into the high-performance stream and eventually winning medals internationally.”

A new program, a new job and a new challenge for Abbott, who relishes the opportunity to further his craft and make a difference for his athletes. “I’m excited to focus on this and see what I can do.”