Master of Her Domain 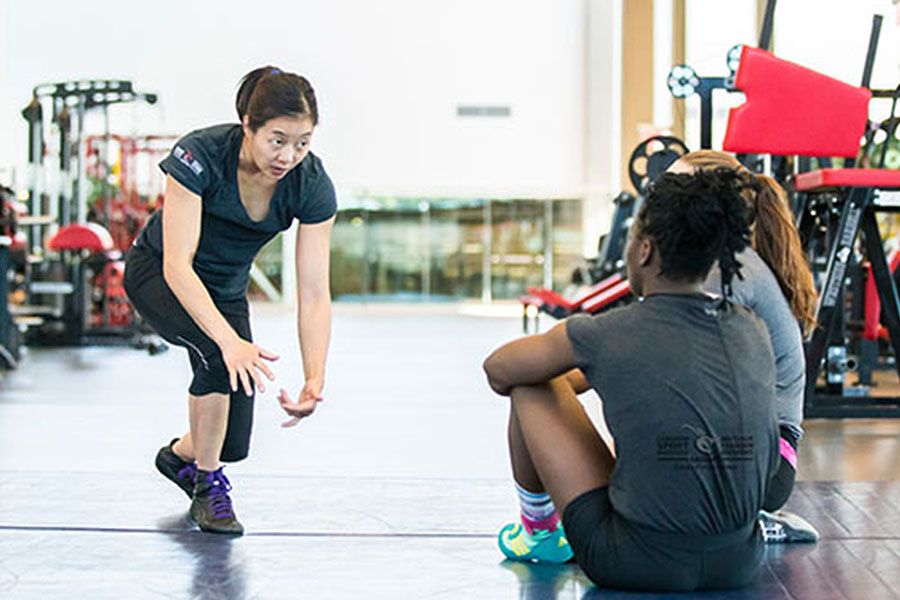 You could say that Carol Huynh is a Jack of all trades, master of all: Olympic Champion, Master’s Student, Assistant Chef de Mission, Mentor, Advocate, and now Coach, in the sport of wrestling. Over a span of more than two decades, Huynh has steadfastly honed her many skills and filled so many different roles, approaching each with her own simple blend of humility and hard work.

It’s a rare breed these days – the retired athlete who pursues a new career in their sport. “There are other athletes who have done what Carol is doing, but she’s unique because there are less and less of them staying in sport after retirement,” says Cara Button, Director, Stakeholder Relations at CSI Calgary. “The sport system doesn’t always do a good job of keeping athletes in their organization but athletes have so much knowledge and experience to share,” she adds.

Given that successful athletes carry with them a lifetime of experience and expertise, Button says that Wrestling Canada has done a good job of finding a way to keep Huynh involved. She is now the Wrestling Canada Next Gen Institute Program Coach and recently enrolled in the CSI Calgary’s Advanced Coaching Diploma.

Huynh’s ventures into education, advocacy and coaching weren’t always in the plan – she initially wanted to pursue psychology and later sport psychology, even earning her Master’s Degree in Counselling Psychology. But after retirement a number of events transpired that kept pulling her back.

First, when wrestling was voted off the Olympic program by the IOC in 2013, Carol spearheaded an international effort to have the sport reinstated. Her successful fight led to becoming elected as chairperson of the International Wrestling Federation’s new Athletes’ Commission.

Second, When the Next Gen concept was rolled out by Own the Podium, Wrestling Canada created a development pathway and needed a coach to lead the effort. Huynh jumped at the opportunity because she wanted to give back to the sport.

Starting out in a new career is tough given that Huynh was once the best wrestler in the world. “What’s really hard is that for so long I felt like I’d mastered something but now I’m starting coaching and learning how to be the best coach,” she explains. She’s also acutely aware that just because she was a good athlete doesn’t mean she’ll be a good coach. “I gotta earn it,” she says.

So, she is approaching her new career in coaching with the same work ethic and determination that helped her to become an Olympic Champion, Master’s Student and successful advocate – she knows it will take a lot of hard work to learn her new craft and she is up for the challenge.

Of pursuing her next challenge in the sport she is so passionate about, Huynh is resolute: “Now I have to get good at this.”