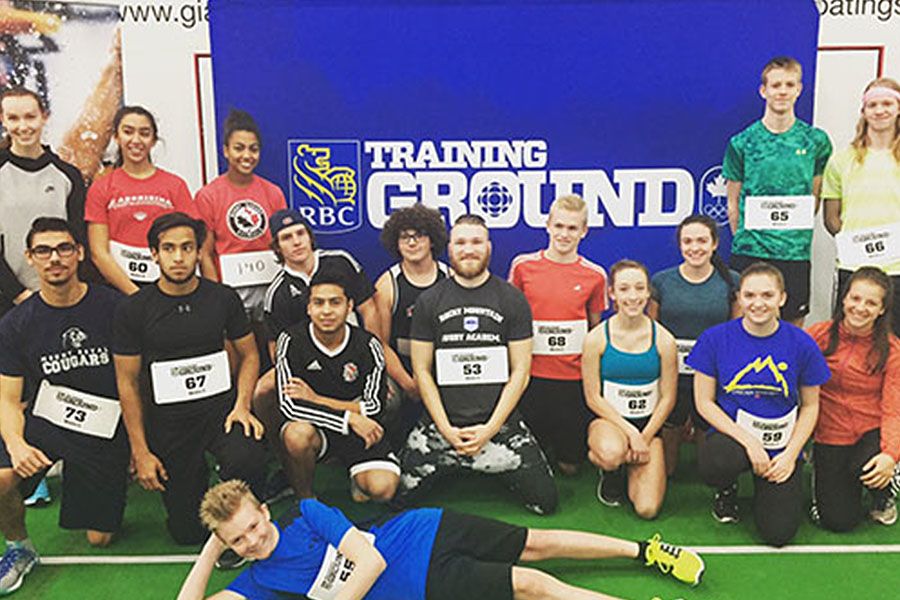 It takes a concerted effort to discover new athletic talent – an area that has often been overlooked in the Canadian sport system, which relies more on the progression of young athletes from the grassroots level up to high performance. In its second year, RBC Training Ground is building momentum across the country, attracting thousands of athletes for qualifying events. In Alberta alone, approximately 400 athletes will participate in four qualifying events.

To date, three regional qualifiers in Alberta have been completed, in Grande Prairie, Lethbridge and Okotoks, with one more on April 8 in Edmonton. The top male and female athletes from these qualifiers will compete at the CSI Calgary in the regional final on May 6.

The RBC Training Ground program offers young athletes an opportunity to participate in a series of talent identification events testing for power, strength, speed and endurance. The idea is to find talented athletes and provide them with an opportunity to try a new sport in which they might be well-suited to excel.

Kayla Dodson, 24, was the top female athlete from the Grande Prairie event. Dodson played CIS women’s hockey for five years while she was studying sport science and now works for the Alberta Sport Development Centre as a strength and conditioning coach in Grande Prairie

Dodson isn’t sure what sport she would excel at but says she would like to try sprint track cycling. She knows it’s a long road to the Olympics and that very few athletes make it. Still, she says, “it’s every athlete’s dream to be an Olympian.”

According to Joshua Riker-Fox, RBC Olympian, 2008 Modern Pentathlon, RBC Training Ground fills a missing piece in the sport system in Canada. “It’s quite amazing that RBC has been able to step in and help fill this big gap,” he says. “I have to believe that by providing this opportunity athletes will present themselves, especially in sports that are less technical. This is a great opportunity to identify athletes early on.”

That is certainly the hope of many National Sport Organizations (NSOs), 11 of which are involved in the program, including Cycling, Rowing and Athletics. They’re all looking to find athletes with potential in their sport. Ultimately, CSI Calgary staff will connect with representatives from the NSOs to compare athlete performance data with NSO standards to try and identify additional athletes with potential in a specific sport.

For Miranda Sallis, Performance Services Manager at CSI Calgary, seeing all the partners coming together to work on a common goal has been a positive experience. “It has been exciting to work with the regional Alberta Sport Development Centres, the Canadian Olympic Foundation, and RBC to attract potential new talent to high performance sport,” says Sallis. “The response to the program is very encouraging.”

When Dodson was attending school in Australia she recalls seeing talent identification programs at the grade school level, testing for athletes with potential. “It’s a different world over there,” she says. “I remember thinking ‘I wish Canada had something like that.’” Now it does – RBC Training Ground.

For all those undiscovered athletes out there looking for their own chance to shine, take heart and take a chance – sign up for RBC Training Ground. You never know where you might end up.