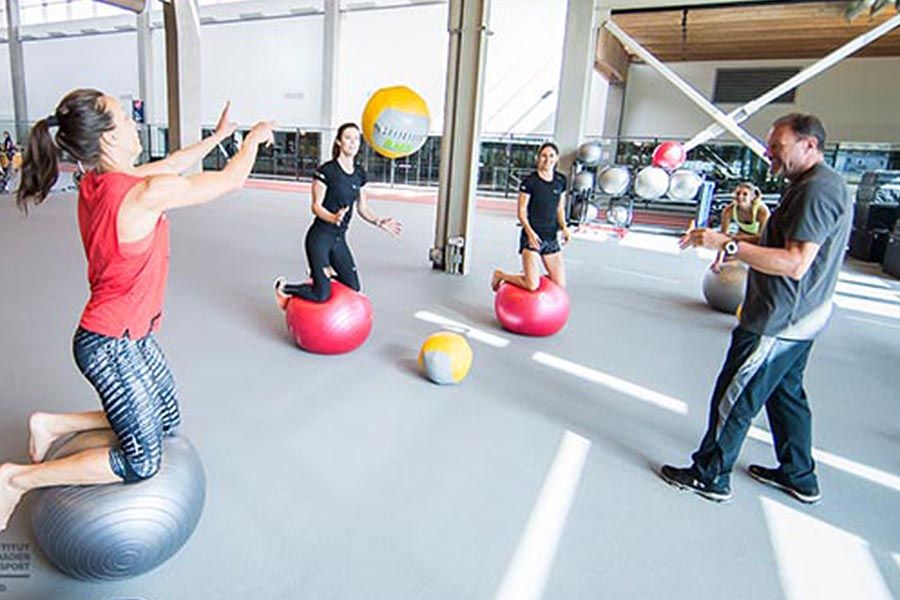 For Olympic coach Les Gramantik recovery days are not optional, they’re a must. It wasn’t always this way for his training group, especially when Gramantik first came through the coaching system 40+ years ago.

“Athletes were trained very hard and not enough thought was given to recovery”, says Gramantik. “Now as we know, recovery is an integral part of training; without adequate proper recovery it is impossible to train and perform well”.

Gramantik relies on a team of professionals, an Integrated Support Team (IST), to assist his athletes in optimal recovery strategies. Qualified service providers at CSI Calgary contribute to this leading edge approach in addressing the individual athlete’s needs and supporting coaches in decision-making. As Gramantik explains, “It doesn’t matter how much I read, I stay away from giving advice about anything I’m not trained for, so it’s helpful to be able to direct athletes to experts in other fields.”

Performance Dietitian Kelly Drager is one of those professionals accessible through CSI Calgary. Drager sets athletes up for success by focusing on a maximum of three new modifications at a time to foster consistency, not perfectionism. This approach removes the daunting task of trying to follow a strict meal plan, which can be discouraging for anyone who is trying to create new habits.

“Because we work in an athlete-centered approach we want to get the athlete to pull off something they can take charge of and feel like it would benefit them at the highest level,” Drager says. “Little successes can create a cascade effect of other positive changes.”

For example, Drager says the critical question for athletes to consider is “what are you eating and what are you missing?” when addressing their daily food intake: during heavy training days replenishing energy stores appropriately in relation to what energy was expended.

The same consideration is made for lighter training days and having a plan that enables them to adjust accordingly.

Though a coach can tell an athlete to rest and a dietitian can guide an athlete to refuel, one of the hardest parts of recovering for an athlete with a competitive mindset is to convince them to mentally shut down.

Derek Robinson is a Mental Performance Consultant who has been based at CSI Calgary for more than a decade. “The biggest thing about recovery is a mindset that allows the athlete to give themselves permission to turn their mind off.”

In his role as an IST Service Provider for a team sport, Robinson addresses the mental side of recovery by implementing a designated 15 to 20 minute evening recovery session when the team is on the road. This includes a protocol of handing in their phones (after connecting to family) allowing athletes to mentally commit to actively engaging in the relaxation session — literally, “turning it off”. These sessions promote a state of relaxation in order to prepare their bodies and minds for a good night’s sleep, which Robinson says can be often overlooked as a recovery tool but is key to a holistic athlete-centered approach.

Robinson describes it as a bit of a catch-22, in that sleep should be stressed for optimal recovery, but it shouldn’t be stressed about. “You can control your habits surrounding sleep but you can’t control when you fall asleep. That’s when you have to just let go. That’s when you just trust you will fall asleep and you do not worry about it because worrying about it is psychological insomnia.”

It’s sound expert advice such as this, in areas that were once thought of as trivial, that coaches such as Gramantik are now able to implement as a part of a well-rounded IST program, supporting athletes in getting them to the podium.