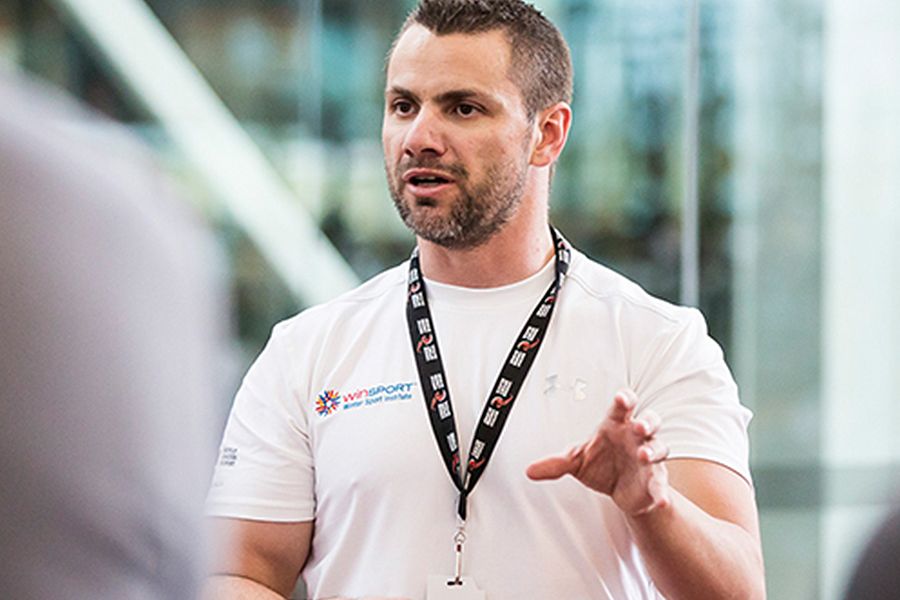 When Quin Sekulich was in Grade 1, he said he wanted to be an Olympian when he grew up, although he wasn’t sure in what sport. A journey deep into long jump almost got him there, but he broke before he had the chance - major injuries thwarted his dream.

Yet, it was not all for naught. Sekulich says the mistakes he made as an athlete have significantly impacted how he now coaches his own athletes, many of whom have become Olympians, including bobsledder Justin Kripps who is working towards his third Olympics under Sekulich.

“It helps me as a coach to learn and teach from my own mistakes,” says Sekulich. “As an athlete, I had a lot of injuries that I attribute to too much intensity and volume without enough rest. In that situation, even a small technical error can lead to injury.”

He took a different tack when he started coaching, keeping the volume down but the quality and intensity high. “At the beginning, I was criticized for keeping my athletes on a lower volume program, but I stuck to my guns and let the results speak for themselves. The athletes stay healthy and are successful.”

The move to coaching was natural for Sekulich, now the Lead Strength and Conditioning Coach for Bobsleigh Canada at CSI Calgary. He specializes in sprinting and sprint mechanics, relying heavily on his own career in long jump.

He has become a master through practice and delivery, and while he stays current with the latest research and science, it’s his intuition and experience that have made him a world class coach. Justin Kripps says what sets Sekulich apart is his eye for technique and his ability to learn what athletes respond to, tailoring his cues to each athlete.

Such dedication and commitment to success are the hallmarks of all good coaches, many of whom are under-appreciated and whose impact is rarely recognized. Like Sekulich, most coaches do it because they really enjoy seeing their efforts translate into better performances for their athletes and have no need for a piece of the glory.

Thankfully, all of Canada’s coaches are being recognized this week during National Coaches Week, a Coaching Association of Canada campaign to to celebrate the tremendous positive impact coaches have on athletes and communities across Canada.

“In Canada, we invest in our coaches. This is about recognizing that investment,” explains Jason Sjostrom, Director of Coaching at CSI Calgary. “Coaches play a huge role in the community, they are responsible for that springboard into healthy lifestyles, activity and sport participation, regardless of whether they become Olympians” he adds.

Sekulich is acutely aware of the need for quality coaching throughout the sport system. He can tell which athletes have had good development coaches when they get to him by how well they move. “That level of coaching is super important,” he says.

In a sport where careers are often cut short by injuries, as he can attest, Sekulich has a remarkable track record of athletes who have gone – and are still going – the distance. Kripps has been working with Sekulich since he moved to the sport from track and field over 12 years ago and he’s still going strong at age 30.

Sjostrom tells it like it is: “Sekulich puts a lot of effort into training those horses, they’re big strong dudes and they stay healthy, he’s a big part of that.”

Athletes can win a catered party at the Acura Tube Park for their team by posting a photo with the hashtag #ThanksCoachYYC during National Coaches week. Get your tweet on!