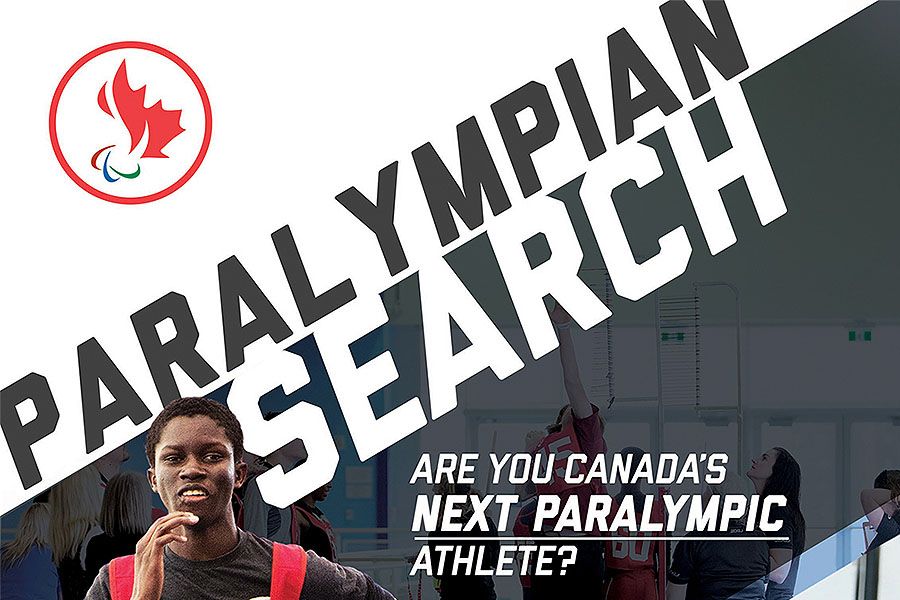 Lowell Taylor’s preparation for the 2015 Paralympian Search event in Calgary was less than ideal. He had just spent a week in Disneyland with his family and woken up at 4am to travel home and directly to the event, where he arrived late and tired.

But Taylor’s participation was highly anticipated and throughout the testing, he could see some eyeballs pop around him as his scores ticked steadily upwards. The para-cyclist handily met the performance standards and eventually qualified for the Next Gen para-cycling program, which opened his eyes to the possibility of competing at the Paralympics in Tokyo in 2020.

Being late and tired were tiny obstacles compared to what Taylor has overcome in his 36 years. He was born with Retinitis Pigmentosis, a genetic eye disorder that causes a gradual loss of vision (he is now legally blind) and at age three he was run over by a car, which resulted in long-term bowel issues.

“I was the fat, blind, lonely, stinky kid,” jokes Taylor. It’s funny to say, but the truth, at a young age, hurt. He was bullied and unhappy. At the time, his disabilities prevented him from participating in sport and he felt lost throughout his youth and early adulthood.

After graduating from university, he had what he says was a quarter-life crisis. “My license was taken away, my girlfriend and I broke up, and my career plans were a mess,” he recalls. When he moved back in with his parents he hit rock bottom.

Thankfully for Taylor, the only place to go from rock bottom was up, and in the fall of 2004, he made a simple commitment to himself – he would only watch TV if he was sitting on a bike. He watched a lot of TV, and that simple goal changed everything.

The following spring Taylor started running and racing in able-bodied triathlons and enjoyed some early success. Then he reunited with his girlfriend, Julie, and they married in 2007. He also went back to school to become a psychologist and he and Julie started a family. Even though it took some time for Taylor to turn his life around, he emerged with a vibrant, positive attitude that now fuels everything he does.

With a new career and a young family, Taylor’s time for riding faded. But when everything was back on track he felt the itch to get back on his bike.

Taylor’s vision had deteriorated to the point where he needed a pilot. That is when he discovered parasport, and from then on, the sky was the limit. “Sport captured my heart,” he says. “It gave me a channel.”

After a series of events, some impressive and promising results, and connecting with coaches in the parasport system, that channel eventually led to Paralympian Search, an athlete identification event designed to test participant aptitudes to excel in various Paralympic sports and potentially represent Canada at future Paralympic Games.

At the one-day event, each participant goes through a set of basic anthropometric, physiological and optional sport-specific tests conducted by national team coaches and other sport science and sport medicine experts. The event is open to all athletes ages 14 and up with a physical or visual disability.

When Taylor wowed the crowd in 2015, it set him on course to eventually take a leave of absence from his job, open his own private practice, start a business with his wife Julie and train full-time for cycling, and even a stint on The Amazing Race with Julie. It’s a busy life for a young father and husband, but Taylor says he wouldn’t have it any other way.

Taylor speaks highly of the Paralympian Search process and credits it with providing him with an opportunity that, just a short time ago, he didn’t even know existed.

“I’m so glad that I went [to Paralympian Search]. Doors opened up for me,” he says. And he recognizes that his disability has become a way for him to fulfill a new purpose. “I don’t have a lot of sight,” says Taylor. “But now I have a vision.”

Paralympian Search in Calgary will be held in partnership between CSI Calgary and the Canadian Paralympic Committee at WinSport on November 24.

For more information or to register, please visit Paralympic.ca/paralympiansearch.