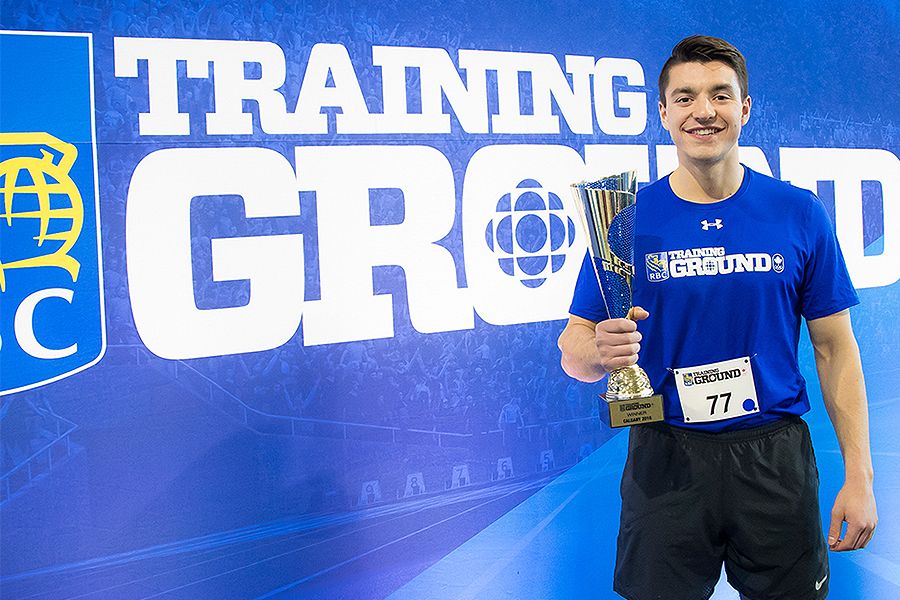 RBC Training Ground has picked up steam in 2018, and it’s full speed ahead for Gavin Broadhead, 23, the winner of the regional final event in Calgary on April 21st.

Now in its third season, RBC Training Ground – a talent identification and athlete funding program designed to uncover athletes with Olympic potential – has seen a dramatic increase in participation this year.

In 2017, 2,100 athletes tried out across 32 events. In 2018, 2,800 athletes have tried out in 19 events so far, with more to come. The massive spike in interest has also led to an increase in performance and the athletes are exceeding the results from past RBC Training Ground events.

This is great news for Kurt Innes, Director of Talent Development at CSI Pacific and Technical Lead for RBC Training Ground. In addition to more athletes, he says that one of the most exciting outcomes he’s seen this year is the increased interaction between sports.

“From the beginning we thought this might be an opportunity where a bobsled coach could talk to an athletics coach or a cycling coach could talk to speed skating coach and share ideas about different athletes, now it’s happening,” says Innes. “It was a bit organic at first but now it’s much more systematic, where the coaches are seeking each other out to talk about inviting athletes to try their sports.”

This new synergy between National Sport Organizations (NSOs) could be a boon to finding the right sport, not just for RBC Training Ground athletes, but also for athletes already in the sport system. “An athlete coming to the end of their career in one sport or coming off an injury might find an opportunity in a new sport, thanks to this cross-communication between sports,” explains Innes.

One such athlete is Gavin Broadhead, 23, a multi-sport athlete who has been part of the sport system in the past, but also just won the RBC Training Ground regional final in Calgary.

Originally from the Northwest Territories, Broadhead participated in many sports as a youngster, including soccer, track and field, hockey, downhill mountain biking and dirt biking. While there were many opportunities to participate in the NWT, the level of competition was lacking as he progressed, so he moved to BC at age 14 to pursue hockey.

Broadhead was eventually drafted by the Medicine Hat Tigers in the Western Hockey League but after two seasons and a few concussions, Broadhead decided to focus on school. He wasn’t completely done with sport though, so he jumped into CrossFit and Olympic weightlifting, then took up track and field in university.

It was there that he heard about RBC Training Ground, from last year’s winner, Sarah Orban. He thought it would give it a try and have some fun with friends, but far exceeded his expectations.

“I’m completely shocked, I didn’t expect this at all!” says Broadhead. “I always have confidence in my athletic ability and I train really hard and look after my body. I’m shocked but I’m really happy this is how it ended up.”

Broadhead says he isn’t sure what sport he’ll go for just yet, but with a strong skating background from hockey he says he’s excited to try speed skating.

With new connections between sports and a strong program backing him up, it is certain that no matter where Broadhead ends up, he’ll have what he needs to find out if he has what it takes.