The Youngsters Take the Reins 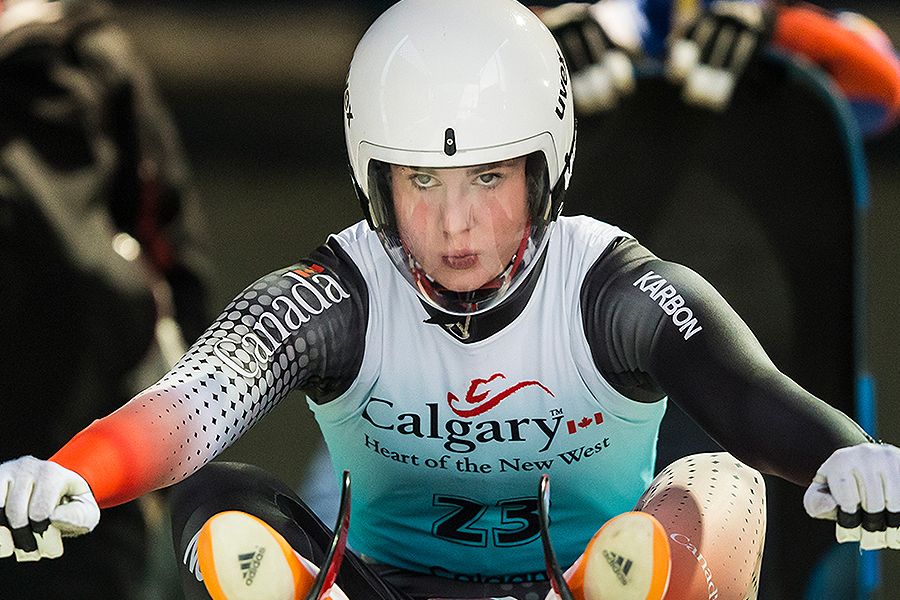 The fountain of youth is bubbling over at the Canadian Sport Institute Calgary. The new winter quadrennial is underway and there are big shoes to fill in many sports, now tasked with building strong, young teams in the wake of the 2018 Olympic Winter Games.

Luger Brooke Apshkrum is just eighteen years old and finishing up her final class in high school. Fresh off her first Olympic experience in PyeongChang, where she placed 13th, she now finds herself in the unlikely position of leader on a very young team poised to make the leap to world’s best.

While veteran Kimberley McRae is on track for a third Olympics, the rest of the women’s luge team is brimming with youngsters keen to build on an impressive legacy left by Olympic bronze medalist Alex Gough.

As the second oldest on the women’s team, Apshkrum is aware of her unlikely role, despite her young age. She now has the Olympic experience to share and is both apprehensive and excited about the new team dynamic.

“It’s scary for sure,” she admits. “You get intimidated when faced with your own devices in any new situation. But it would be harder for me if there was no progression, and now I have a new look on things, in a new atmosphere and that keeps it fresh.”

Apshkrum has a lot of faith in the luge program because she knows that Gough’s success was the result of so many years of hard work and progress achieved by the entire luge team and staff. “It gives us trust in the program knowing that Alex isn’t an anomaly,” she explains. “Our whole team is strong, the program is strong, and we have a lot of potential and growth ahead of us. We need to follow that, work hard and put our trust in the program.”

Compared to Apshkrum, alpine skier Roni Remme, 22, is positively ancient. She’s a youngster on her team too though and she’s aware of the challenge ahead. “Our team is really small and young,” she acknowledges. “No one knows what we’re capable of. But our dreams are high, and we have big expectations.” 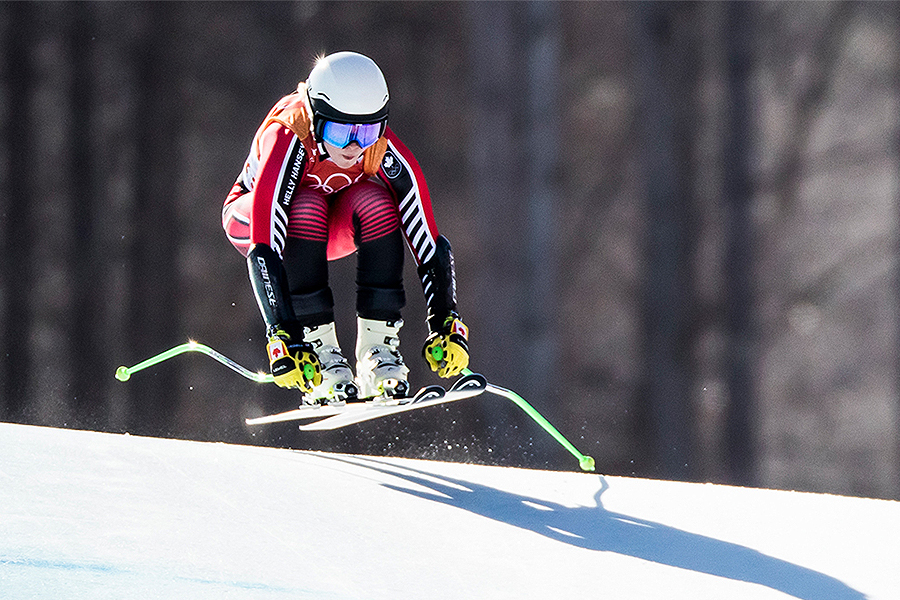 Remme unexpectedly made the 2018 Olympics and even arrived at the Games without an accreditation. She missed out on all of the pre-Games preparation and excitement but still embraced the experience and the pressure to perform.

A student at the University of Utah, Remme competes at the NCAA level and is majoring in psychology with a minor in business. After taking the last season off from school to focus on skiing, Remme is heading back to her studies and NCAA racing for the next two years.

“I want to get my school done but I don’t want it to interfere with training,” she says. Her setup in Utah allows her to take a full course load without compromising her training. Adding a full World Cup schedule to her calendar will be very difficult, but there’s no question she’s up for the challenge.

Neither Apshkrum or Remme are thinking too much about 2022 in Beijing just yet. Both are focused on the day-to-day training they need to do to improve and the key competitions coming up this season, including World Cups and World Championships. But still, in the back of their minds, they know it’s on the horizon, beckoning the next generation to take on the world.

Assertive, well-spoken and confident, both Apshkrum and Remme inspire faith in the future of their sports. Apshkrum and her peers understand that they’re in the same position trying to make the senior team. They’re working together and have the drive to build a new world-class team. “Everybody’s going for it, but everyone’s supporting each other,” she says.

Remme echoes the same. “We embrace the challenge,” she says. “We know we’re young and we want to be the next generation. We have the energy and the fire.”