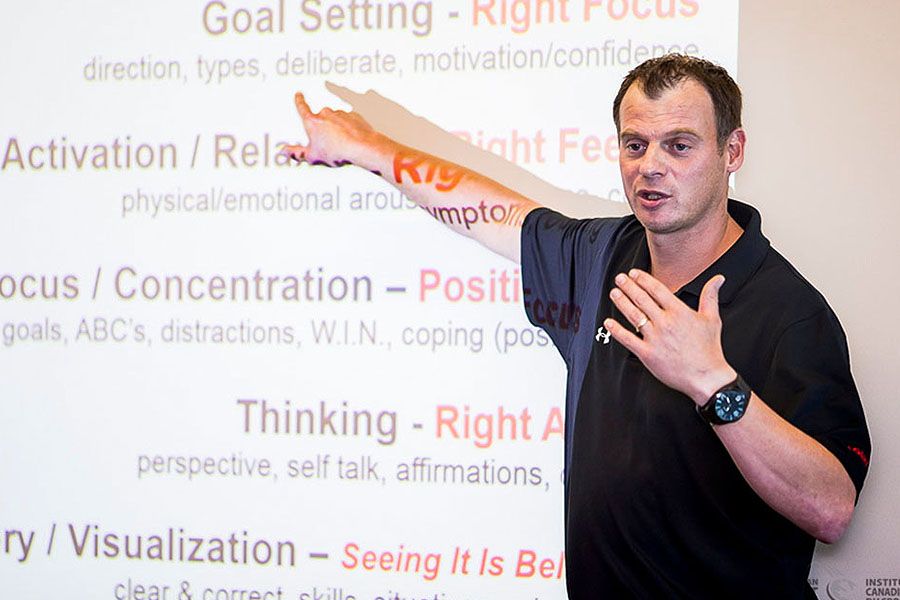 During the two-hour drive out to Lake Louise, Frank van den Berg had some time to prepare himself for the difficult job that lay ahead.

The CSI Calgary Director of Mental Performance took that time to think about how he would approach the response and management of a rapidly unfolding tragedy – the death of a young German skier, Max Burkhart, after a horrific crash during a downhill training run at the Nor-Am Cup in December.

“I wanted to be focused and organized” says Van Den Berg. Being organized would be critical.” That presence of mind was achieved not by chance, but by a high degree of preparation for those unfortunate moments when sport and catastrophe clash.

When Van Den Berg gets the call, no matter how difficult the situation is, he knows he and his team are ready to act. “Sometimes bad stuff happens,” he says. “We don’t want to do this, we don’t want it to happen, but it does. And when it does, we are the ones they turn to.”

The framework for managing a sport tragedy comes in the form of a Crisis Interventions in Sport Protocol that Van Den Berg developed in 2013 alongside colleagues Dr. Karen MacNeill, the Canadian Olympic Committee Mental Health Support Lead for PyeongChang and Roger Friesen, Mental Training Consultant and faculty member in the Department of Kinesiology at the University of the Fraser Valley.

The protocol, based on research and experience, serves to guide the appropriate response and management of a tragic sport incident and help those involved navigate the aftermath with the necessary support in place.

Key elements of the protocol include preparation, assessment and information gathering, the crisis intervention response, and reintegration into the performance setting. According to Van Den Berg, being prepared is critical and having protocols in place to follow when a crisis occurs makes the situation manageable from the outset.

The preparation sets the wheels in motion for first assessing the situation and gathering as much information as possible to get a complete picture of what is happening. From there, Van Den Berg says he begins to form the crisis intervention response, usually first by identifying groups of people, for example those who were witnesses at the scene or those who are indirectly affected like support staff or volunteers.

The response plan is then centered around Psychological First Aid (PFA) and Defusing protocols, which include priorities with the various groups such as recognizing, normalizing and validating the impact the incident has on people, explaining the types and process of the human stress response in such situations and the importance of self-regulation, and techniques/approaches for accomplishing this. There is also emphasis on social support and addressing reintegration into the performance setting, where athletes and coaches often train or compete the next day.

It can be a daunting task to get everyone the help they need. “There is huge variability in how people react to these situations,” explains Van Den Berg. “They are all real and true, but there are differences in what people feel.” This makes the psychological first aid response very important so that those affected can get the support they need.

Van Den Berg says that the he often faces many questions from coaches in the aftermath of a tragedy about how to help their athletes return to sport, even when those coaches are dealing with trauma themselves. “It’s very stressful for everyone,” says Van Den Berg. “The coaches want to know, ‘how do I talk to my team?’”

Through ongoing support and ensuring that people are connected with local resources when they return home, Van Den Berg does provides concrete solutions to help answer those tough questions. He relies on the protocol to anchor his decisions and checks in with his team to fine tune the details.

The bottom line is helping people cope with heartbreak and loss. “We are prepared for this,” he says. “We are trained.”