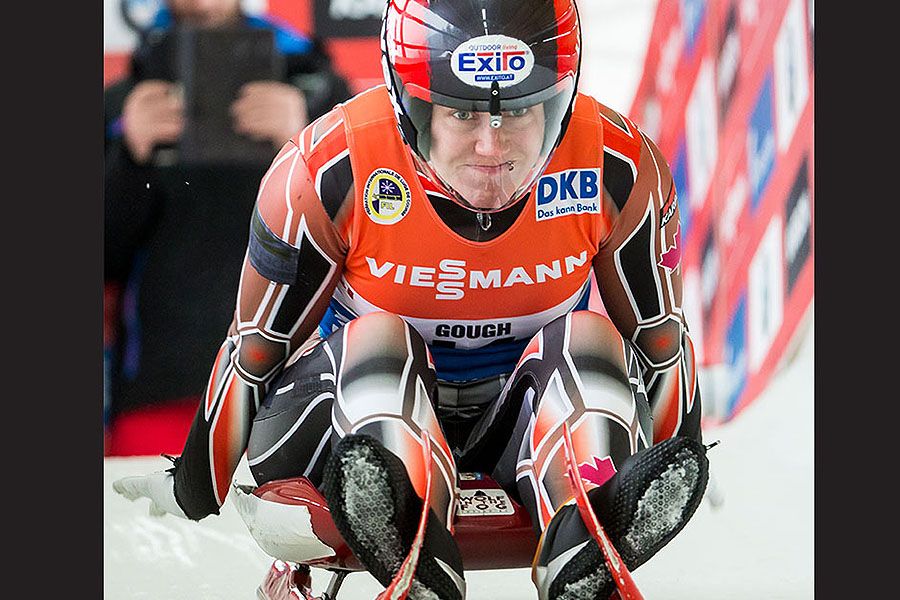 In sport, it’s true that results mean something, but there is always a beautiful story behind the results that is written with heart, guts and grit. That story goes unread by all of us, who only catch a moment in time when the clock stops and the numbers are posted. We see the joy and the heartache born of those numbers, but rarely understand the journey to achieve them.

When Alex Gough stepped up to the podium to receive her bronze medal in women’s luge in PyeongChang – the first ever Olympic medal in the sport for Canada – Jason Poole, CSI Calgary’s Director of Performance Services, understood it as the ultimate reward for twelve long years of preparation and investment in excellence.

In a sport historically dominated by Germany, Gough shattered a 105-race German winning streak when she won gold in a 2011 World Cup. Breaking through that stranglehold in luge was monumental for Gough, but it didn’t translate into Olympic success overnight. It took four Olympic Games before Gough would earn that medal.

Every athlete knows how hard it is to win, and harder still to win an Olympic medal, which makes the story behind the Gough’s medal so meaningful. For athletes like Gough who take the long, grinding road to the podium, the reward is so very sweet and it’s just as sweet for the people who help them get there, too.

“Winning is hard,” stresses Poole. “So we celebrate the wins because it’s just so hard. We have to celebrate what has been done right.”

“That group of people around Gough, helping her break through to the podium and continuing to push the envelope, doing the right thing over and over again and knowing how hard she worked was just unbelievable,” says Poole. “When you see the results, we know that we are doing the right things,” he adds. “It solidifies that it’s working.”

For Poole and the CSI Calgary team, knowing and understanding what works is what it’s all about. That means delving deep into the journey to evaluate what was done to enable athletes like Gough to perform.

This year, before and after the Games, CSI Calgary has been working on a ‘pod audit’, where staff work together to identify what CSI Calgary did well and what they can do better to help athletes and sports succeed. It’s a collective exercise where knowledge sharing across sports can identify areas for improvement.

“It’s not just a list of what went well and what didn’t, but an attempt to change things for the better, to have that positive impact,” explains Poole, adding, “There’s a cross pollination of knowledge between sports.” By going through the audit, Poole says the CSI Calgary can help the sports discover what they don’t know and that helps improve the services they provide.

The key objective is to help create sustainable, repeatable performances over time, like those achieved by Gough and so many other CSI Calgary athletes in PyeongChange, and to ensure that it’s not by chance, but by design.

Poole says that doesn’t always mean medals, success is also performing under pressure, medal or not. Ultimately, he says, “We are trying to create impact and leave everything in a better place.”