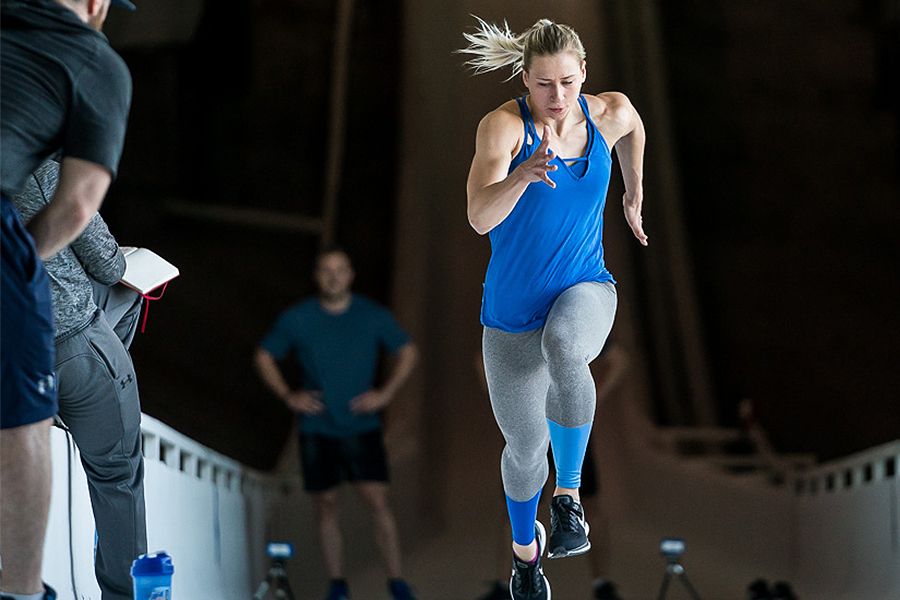 From zero to a hundred in four months, that’s how you could describe bobsledder Kristen Bujnowski’s blazing ascent in bobsleigh, where she quickly went from mere prospect at a testing camp to alternate at the Olympics in 2018 four months later.

Of course, her backstory reaches back in time much further than that.

Bujnowski’s long journey through sport has been fraught with injuries, setbacks and personal challenges. A former varsity track and field athlete and rower at the University of Western Ontario, she struggled for years with injuries, including one to her left hamstring that led her to switching her take-off leg in long jump. The fight seemed endless.

It took a tough conversation with her family for Bujnowski, now 26, to acknowledge, begrudgingly, that she needed to step away from sport and focus on her career. It didn’t go the way she wanted – her dream was always to represent Canada on the world stage – and she resisted the reality that the end had come.

When Bujnowski finally stopped she was devastated but quickly found another avenue to channel her intensity and drive for personal accomplishment. After completing her mechanical engineering and kinesiology degrees in 2015, she worked for a prosthetics company in South America and also completed an internship in the United States, eventually ending up in Oakville working for a prosthetics company.

With a good job, a newfound love of CrossFit and a new circle of friends, you would think Bujnowski was happily back on track after a difficult end to her athletic career. But still, something was missing.

There was a nagging feeling that she just wasn’t finished yet. Witnessing the success of her younger brother in track and field – her first love – was both painful and motivating for her. She wanted that success for herself too, so much that it made her seek out new opportunities.

That opportunity came in the form of a bobsleigh testing camp in 2016. The naturally talented sprinter was still extremely fit and with only two weeks to prepare, Bujnowski dusted off her buried track spikes and signed up for the camp. Her performance raised some eyebrows as she flipped the switch on sprinting, something she says is just like riding a bike – you don’t forget how.

That’s when the whirlwind four months started and Bujnowski soon found herself pushing sleds with the best, good enough to be named to the 2018 Olympic team. Although she didn’t get to compete, something she says was bittersweet, she kept things in perspective and focused on closing the gap.

“Physically she’s probably the most talented we have ever seen, her physical ability and stature really stand out,” he says. “She is highly motivated and wants to get better, the risk is going too hard and getting injured.” Sekulich says he has been focusing on the basics with her sprinting technique and learning what kind of athlete she is. “She’s a quick learner, a thinker,” he reflects.

Bujnowski, who also works part-time as an engineer for a company making pediatric head-shaping helmets for infants, is gunning for 2022 and is completely committed, something she says brings her so much joy after years of struggle. “I can honestly say I have never been this happy,” she exclaims. “I am so happy to go to training. I love trying to optimize what I can control, I get a lot of joy from that.”

Sekulich is excited about Bujnowski’s potential and says that refining her technique and keeping injuries at bay are the keys to fulfilling it. After that, he says it’s up to Bujnowski to develop the skills necessary to compete at the elite level. “The key is to keep her healthy and find out if she has that champion’s mind,” he says. “I can’t wait to find out.”

The character that Bujnowski developed and displayed during her time as a track and field athlete and rower in was universally revered by her coaches and peers. Her grit, determination and work ethic were front and center in everything she did. That character remains deeply intact and she has finally found a home for it to blossom.