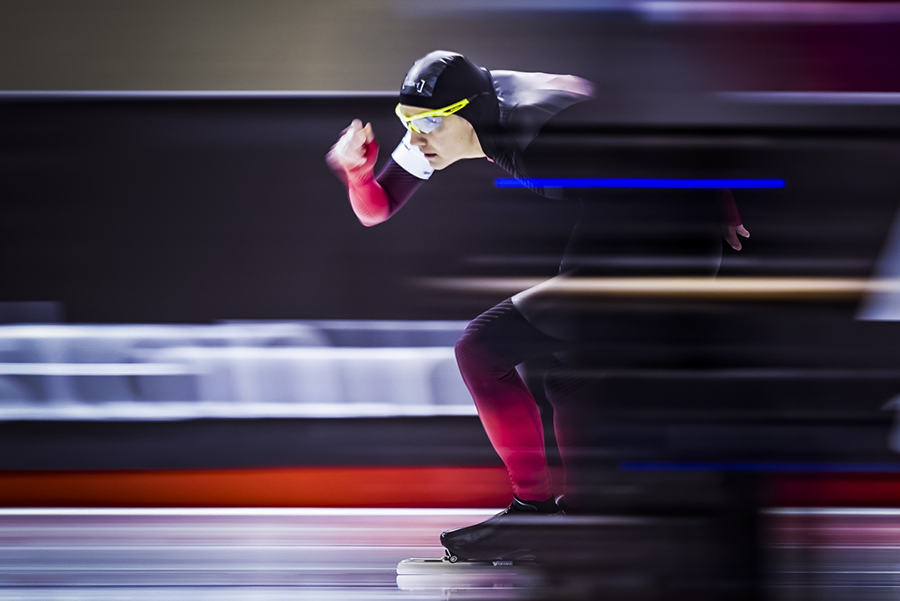 Culture is a tricky thing. Definitions of the word abound, seemingly endless in their iterations, but in basic terms, as a noun, it is simply the way of life for a group of people.  It originates from all manners of human existence, emerging over generations in time and place until it becomes just the way things have always been.

But culture is also a verb, meaning to grow or cultivate living material into a culture medium. In this way, we can enable the growth of various organisms under the right conditions.

Put verb and noun together and you get the idea that we can culture culture — we can foster the development of a way of being for a group of people.

While defining culture (verb and noun) is relatively easy, creating, changing and living it is an entirely more difficult endeavour. Culturing a culture, in any place or organization, takes an extraordinary degree of sustained effort.

And to what end?  Well, in sport, cultivating the right culture — a culture of excellence — leads to one very desirable thing: consistent high performance. 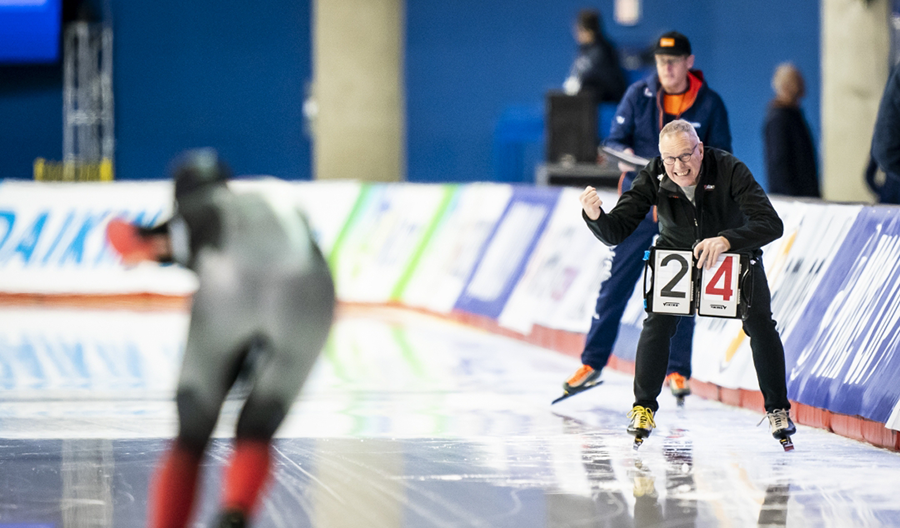 “We understand that our organizational culture likely has a significant impact on performance,” says Cathy Tong, Director, High Performance — Long Track at Speed Skating Canada.  “If we can strive to create a high performance culture, we can realize many benefits.”

It’s an obvious end point, but not an easy one to achieve.

Decades of success precede today’s top long track speed skaters, so why, and how, do you take one of the country’s most successful teams and build a better culture? It turns out that even in a sport that has historically been one of Canada’s best there is room for change, growth, and improvement.

When Bart Schouten, National Team Coach at Speed Skating Canada, came to Canada twelve years ago from the Netherlands, every training group was working in silos.  “It wasn’t just the skaters competing against each other, but the coaches, too,” he recalls.  A lot of medals were won in spite of that, but over time, gaps in culture surrounding the success came to light.

Turning the tide on the silo mentality has taken years, but things are different now.

“One thing that is truly different now is trust,” claims Todd McClements, National Team Coach at Speed Skating Canada, who works alongside Schouten coaching the Men’s Long Distance group. “You can’t get to this point unless you can trust each other.” 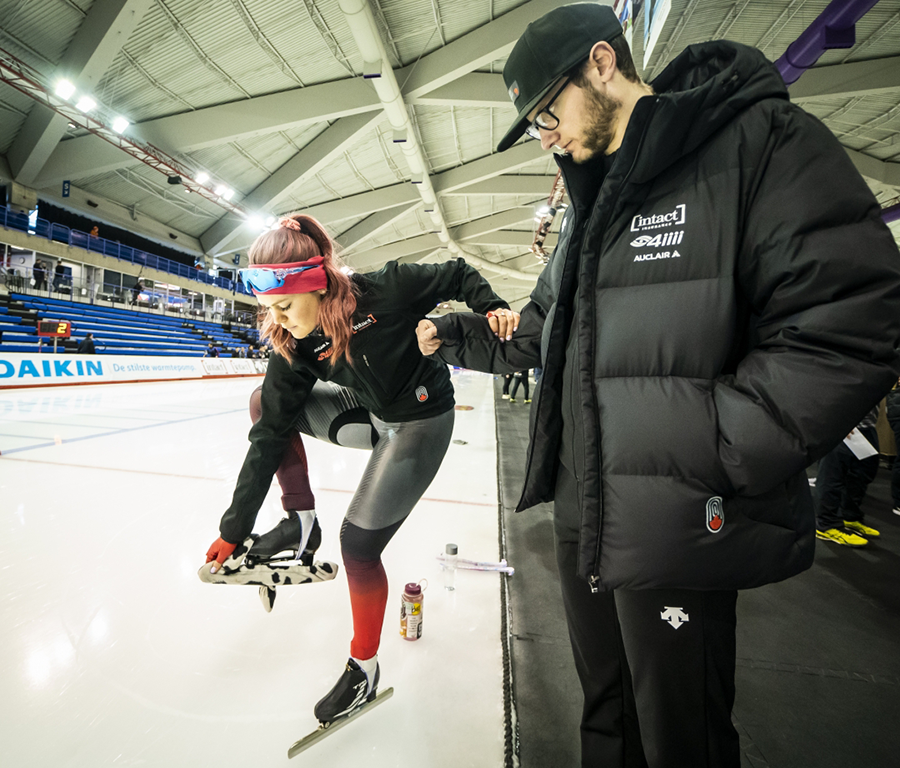 Schouten agrees. The trust, he says, has opened up a culture of cooperation, using everyone’s expertise optimally.  “It takes a group of people getting to know each other and learning about each other, people that actually really want to work together,” he explains.  “It’s a group that has learned over time that cooperation gets you the furthest.”

The Integrated Support Team (IST) is part of that group and their expertise, and openness to working together, as Schouten suggests, is a big part of what made a culture shift possible.  “It opens the door for the IST to play a bigger role,” says Schouten.

In past years, the IST was a strong and effective unit, but one of the gaps was a lack of consistent cross-pollination between disciplines.  It happened sometimes, but not always. The team recognized that they wanted to improve upon that and make it better.

Already years in the making, it was the post-2018 debrief that set the course for the culture that would emerge over the next quad.  Tong points to increased trust, transparency, clarity and an individualized approach within the team as key factors in creating the new culture. 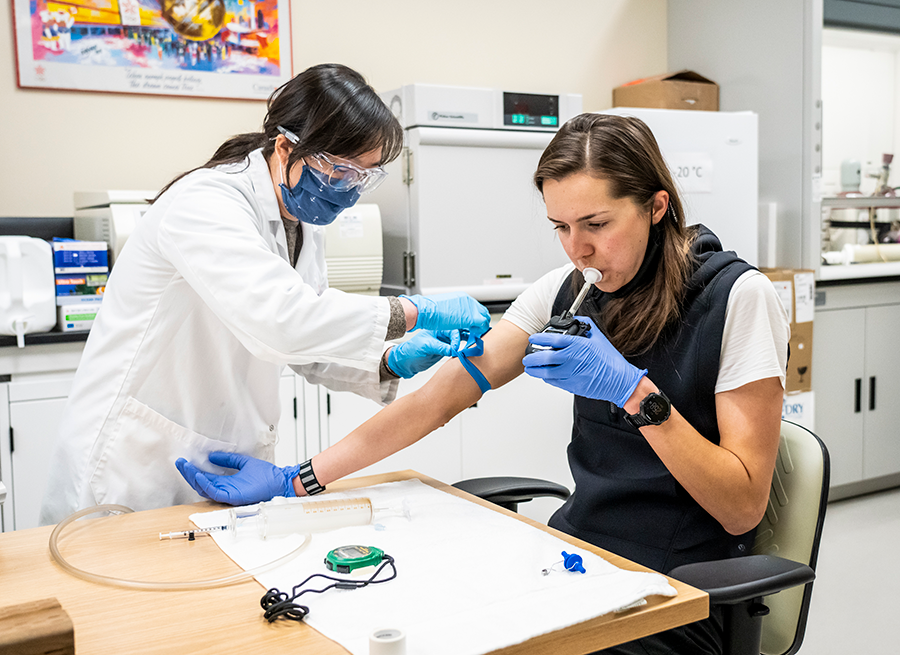 Bringing together athletes, coaches, and IST to define shared values was the starting point.  What grew from there is a truly interdisciplinary team of experts that operates in harmony, though not always perfectly so, with coaches, athletes and staff.

Weaving all the threads together is the High Performance Management Team (HPMT), a group established to monitor every signal, and address them all using an iterative and fluid process to find solutions by relying on IST expertise, context from coaches, and superb communication channels.

The HPMT is made up of Tong, Dave Paskevich, Associate Professor in the Faculty of Kinesiolgy at the University of Calgary and Mental Performance Consultant at Speed Skating Canada, and Scott Maw, Canadian Sport Institute (CSI) Calgary Exercise Physiologist and IST Lead at Speed Skating Canada, who meet weekly to discuss every last detail of who, what, where, when, and why.

“It’s about what are you hearing, seeing, picking up, like the satellite thing,” says Maw, who has been working with the long track team for over 15-years. “We’re sharing all the information and signals and making sure were getting it. Now there’s a process for dealing with issues. That wouldn't have happened before.”

At the heart of it all is ensuring that the athletes, all of them, are getting what they need by integrating the input and context from everyone to find the right solution. 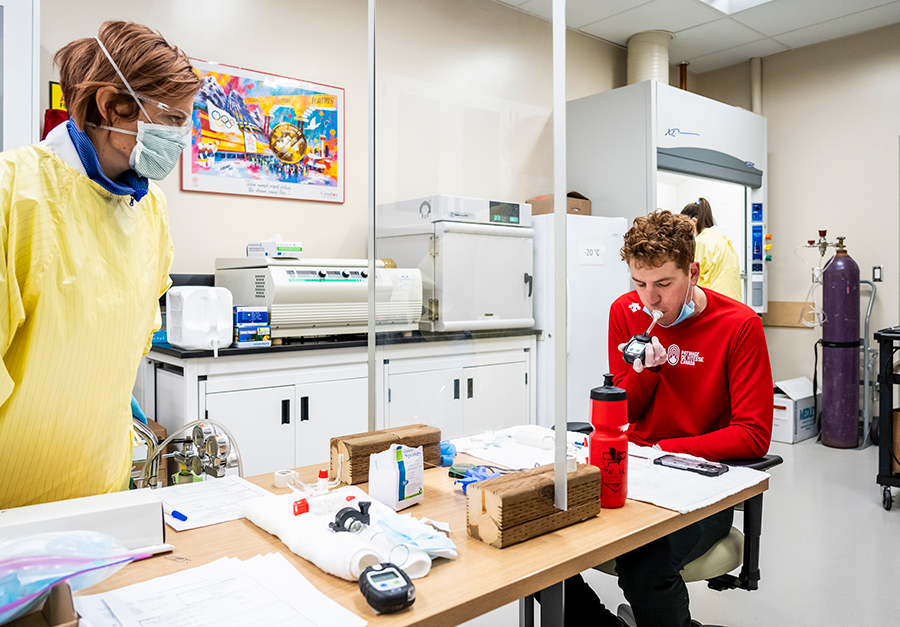 “We’re not just ticking boxes,” says Maw. “If IST members don’t work together, share and problem solve, it’s not as powerful as it can be when they do that.  Everyone’s expertise from their own domain contributes to solutions.”

By all accounts the HPMT, IST, and greater CSI Calgary community have been instrumental in pushing the envelope when it comes to seeking and implementing the best and most effective tools for performance management, be it the latest technology for athlete monitoring or establishing an IST modus operandi that everyone believes in and commits to.

McClements’ enthusiasm for the culture he now lives is palpable. “The coaching staff is truly a team,” he says. “The trust we have for our IST is huge. All of the IST members, I trust these people and that allows me to work with them.”

The change in culture — performance focused, coach driven, and athlete empowered — has had a profound impact on the team’s way of being, and it goes much deeper than just the IST and coaches, it has seeped into the athletes’ bones too.

“Ted lost his mind when Graeme broke his world record,” recalls McClements, referring to Graeme Fish’s 10,000m World Record at the 2020 World Single Distance Championships, which he overtook from teammate and 2018 Olympic Champion, Ted Jan Bloemen.  “He just hugged him.”

This, surely, will buoy the team as they head into Beijing 2022.  But lest you think they are sitting back with their feet up, high-fiving their fait accompli, rest assured that is not the case. Culturing culture is an ongoing adventure that never ends, and this team knows it.

“It’s not perfect,” declares Maw.  “That’s why you’ve got to keep listening and adapting. What works this quad is probably not going to work the next quad, it’s a cyclical process. It’s all listening. There are still gaps, you just try to close ‘em.” 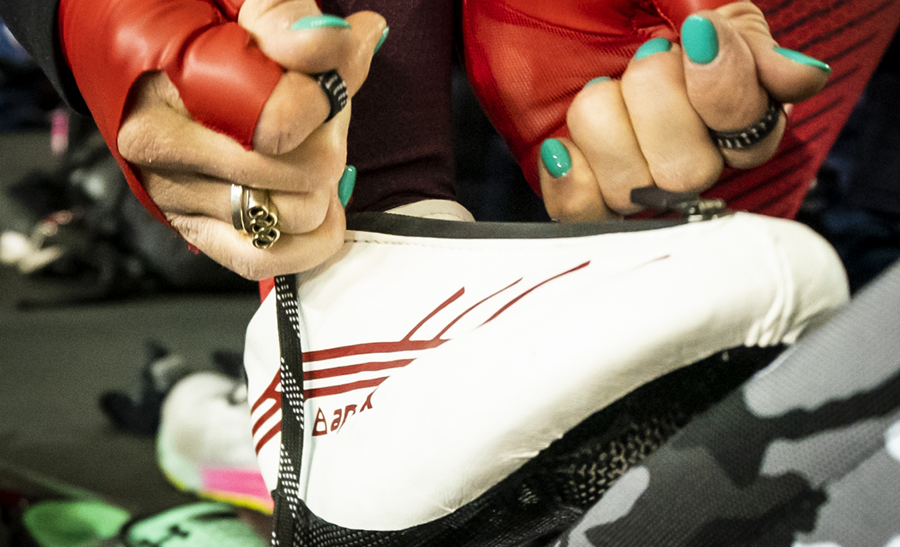 e: aThis email address is being protected from spambots. You need JavaScript enabled to view it.