WECAN Fit the Puzzle Together 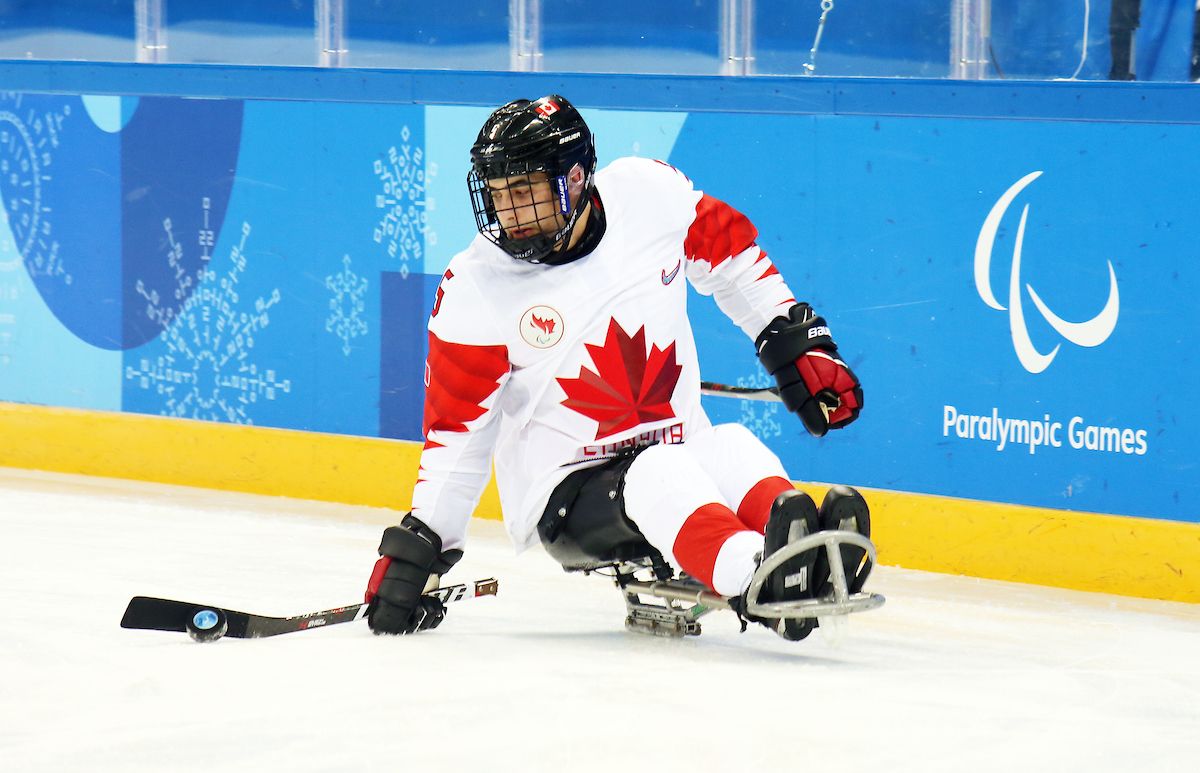 It started with just one. A puzzle, innocently enough, brought out at a Nova Scotia hotel room one night for something to do.  With COVID restrictions limiting where the team could go, Team Canada para ice hockey player Tyrone Henry thought the puzzle would be a fun way to help fill the time.

Since then, puzzles have become a cherished activity by many team members, who now regularly work on and complete several in a weekend, sometimes using an entire hotel room for the task.

It’s just the thing, especially now as the team centralizes, in a COVID bubble no less, for a full month in advance of their upcoming tournament at the Paralympic Winter Games in Beijing.

The team is well prepared – in fact the most well-trained, fastest, and skilled they have ever been.  It’s been a long road over two quadrennial cycles to get to this point, and significant change has been achieved in many areas to help fit all the pieces of a different kind of puzzle – the high-performance sport one – together.

One puzzle piece has been a major shift in team mindset when it comes to training and doing the hard work required to compete among the world’s best. To help get the team into top shape, the team began working with Calgary Sport Institute (CSI) Calgary experts to fill gaps in both strength and fitness.

Both Bryan Yu, Strength and Conditioning Coach at CSI Calgary, and Nicole Bewski, Exercise Physiologist at CSI Calgary, have been working with the team for the past several years.  They came into the picture after Hockey Canada brought para ice hockey under its direction.  The chance to access experts Yu and Bewski has enabled the team to elevate their preparation to a level not seen before.

Part of the process involved establishing an Integrated Support Team (IST) for the program – another piece of the puzzle. It’s early days for the IST, but already they have made great strides. “The IST concept is relatively new for the sport of para ice hockey, our function as a group is always evolving,” says Bewski, who is also the IST Lead.  “This is the first year we have had weekly IST meetings.  We are improving our communication pathways and working together as a unit.”

Together with the coaching staff, Yu and Bewski identified speed as a critical factor of the game that the team needed to improve upon.  The need for speed – both maximum speed and the capacity to achieve that speed repeatedly throughout a full shift, entire game, and whole tournament – have help shaped the training programs the athletes have followed for the last four years.

“The biggest gap we identified is anaerobic sustainability – to be fast repeatedly without losing speed,” explains Bewski.  “Before they couldn’t get through a tournament without running out of gas.”

Recognizing that some losses, many of which were to their main rivals, the US, had come in overtime at the end of the tournament, Yu and Bewski focused their attention on improving movement quality through strength training and anaerobic capacity through base training and high intensity training – yet another puzzle piece.

The duo relied on some long-used testing standards to test and train athlete stamina.  Namely the Repeated High Intensity Endurance Test (RHIET), which is normally completed by running, but Bewski and Yu modified the test for para ice hockey. It helped them to measure things like lactate levels, heart rate recovery, maximum speed, and drop in speed over six intervals.

Henry, who plays defense, says the work has paid off.  “I’m personally feeling very strong,” he says.  “The work we’ve put in, the support and focus, it’s phenomenal to make sure we’re peaking at the right time.  We are faster than we have ever been.”

Teammate James Dunn - the youngest player on the team - agrees.  “I feel I’ve grown and matured in the last four years, I’ve learned a lot and built up my game.  I have a lot more speed and worked hard on my shot.”

Russel Harrington, the team’s Assistant Coach, is thrilled with the progress that has been achieved.  “Testing results are the best that we’ve seen,” he exclaims.  “It’s a credit to the IST, athletes, and following the program.”

Harrington adds that the IST and connection to CSI Calgary have been integral to the development of the program.  “We’ve put high expectations on each other, and Bryan and Nicole live up to that every day.  The partnership with CSI Calgary has been massively beneficial to the team.”

And what about those puzzles?

“We have to finish the all puzzles before the end of the camp!” laughs Henry.  “We can’t leave something half-finished.” A good strategy for the puzzles to be sure, but also a perfect mindset to carry into the Paralympic Games, too.