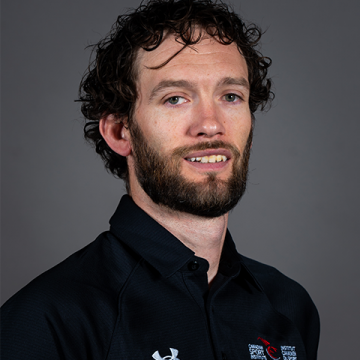 Jeremiah completed his Bachelor of Science from the University of Calgary and his Master in Exercise Science (strength and conditioning) from Edith Cowan University in Perth, Australia.

Jeremiah is the Integrated Support Team (IST) lead for Luge Canada and was a member of the sport’s support team at the 2010, 2014 and 2018 Olympic Games. He is also a key member of the alpine national team, having contributed to Brady Leman’s gold medal performance in PyeongChang.  His expertise includes speed and power development, athlete monitoring and return to sport.

Jeremiah was an athlete his entire life and when he retired from wrestling, he decided to take his passion for high-performance sport and put it towards helping to develop other athletes compete at that level. Jeremiah is originally from Okotoks, where he grew up on a family owned and operated purebred Gelbvieh cattle business, where they sell genetics across North America.

Jeremiah in the news Excitement is building in this pre-Olympic season as athletes, coaches…