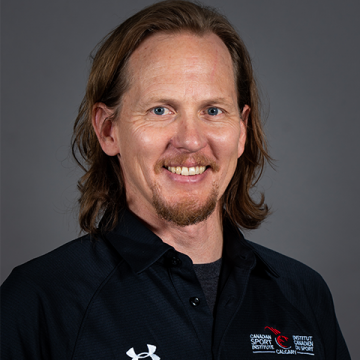 Shayne graduated with his Bachelor of Physical Education from the University of Calgary. He went on to attend the Foothills College of Massage Therapy. He also attended the five year College d'Études Ostéopathiques (CEO) program in Vancouver and his Comprehensive Orthopaedic Assessment Diploma from the Canadian Institute of Manual Therapy.

Shayne is a native Calgarian and father of two children. His hobbies include cycling, cross country skiing, swimming, backpacking.

Shayne in the news No matter where a coach is along in their career,… Despite the often accepted notion that athletes are tough as… There were moments along the road to recovery where cyclist… Emily Wagner did not always have her heart set on…