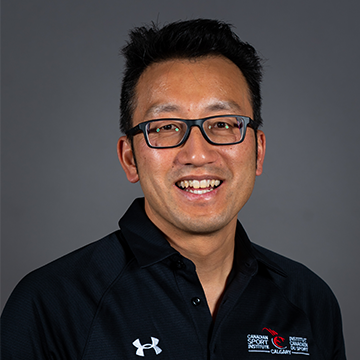 Victor completed both his undergraduate as well as his Master of Science at Simon Frasier University in kinesiology. He went on to attend medical school at the University of British Columbia.

Victor joined the University of Calgary Sport Medicine Centre in 1999 which led him to become a medical consultant for the then Canadian Sport Centre Calgary (now CSI Calgary). As a sport medicine physician, his role is to maintain the health of athletes to achieve optimal performance.  Victor has worked with several Canadian national teams including long track speed skating, bobsleigh, skeleton, luge and water polo. He was also a member of the health service teams at the 2008 Beijing Olympic Summer Games and the 2010 Vancouver Olympics Winter Games.

Victor is a clinical associate professor in the Department of Family Medicine, University of Calgary. He has numerous peer-reviewed grants and publications related to research in clinical sport and exercise medicine.  In his spare time, he competes in triathlons and plays the alto saxophone.