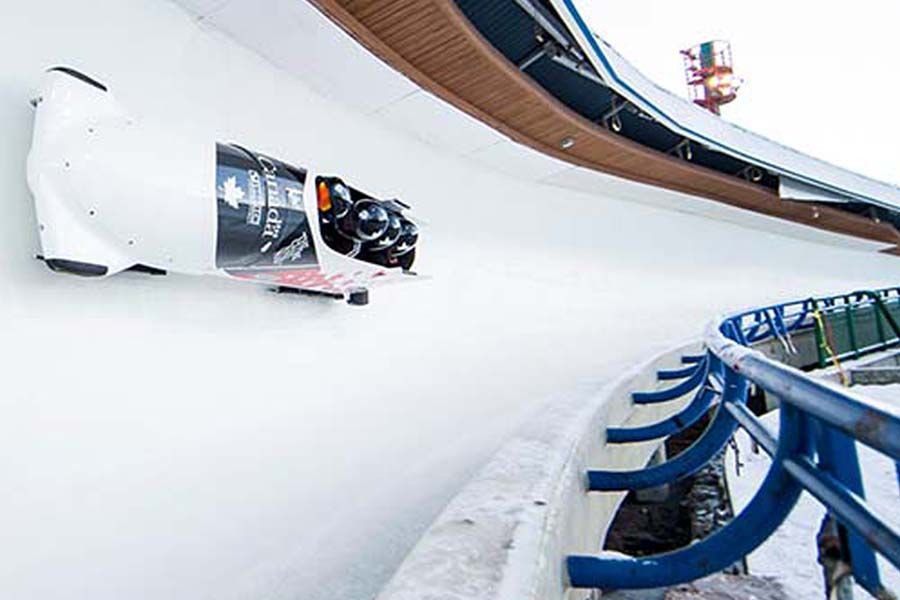 The International Bobsleigh and Skeleton Federation (IBSF) has implemented a rule change in female bobsled competition. The rule change states that the maximum weight of a team’s sled will need to be reduced from its former weight by a total of 15 kilograms for the upcoming season. It will then be reduced by another 15 kilograms for the subsequent season. This change aims to increase the level of competition among nations with the hope that it will encourage a wider range of body types to be involved in the sport.

The Canadian bobsled athletes and staff, who are based out of the Canadian Sport Institute Calgary (CSIC), believe that the rule change will have a positive impact on their team. Speed and Strength Coach Quin Sekulich notes that the weight reduction makes the sport more inclusive and that it “will make things easier on the recruitment side to find fast Canadian girls who weigh 155-165 pounds instead of 170-180 pounds.”

Two-time Olympic Champion Kaillie Humphries is confident that the changes will be positive for her sport. As one of the only women in the world who pilots both a women’s two-man team and a men’s four-man team, she knows that she will need to make adaptations in the way she pilots her sled. She says, “Overall, this is great news for me on the women’s side. However, as a pilot this poses a challenge because of the difference between an extremely light women's two-man sled and a very heavy four-man sled. By lightening the overall weight by a drastic amount, we become more susceptible to skidding and sliding around, which makes the sled harder to control.”

Continuing to develop the sport of women’s bobsleigh by increasing the depth of competition is an important goal, and the main reason for the rule change. Humphries hopes that the new rule, “Does the job it is supposed to do and will get more women participating in the sport from all over the world. Next season will be exciting.”