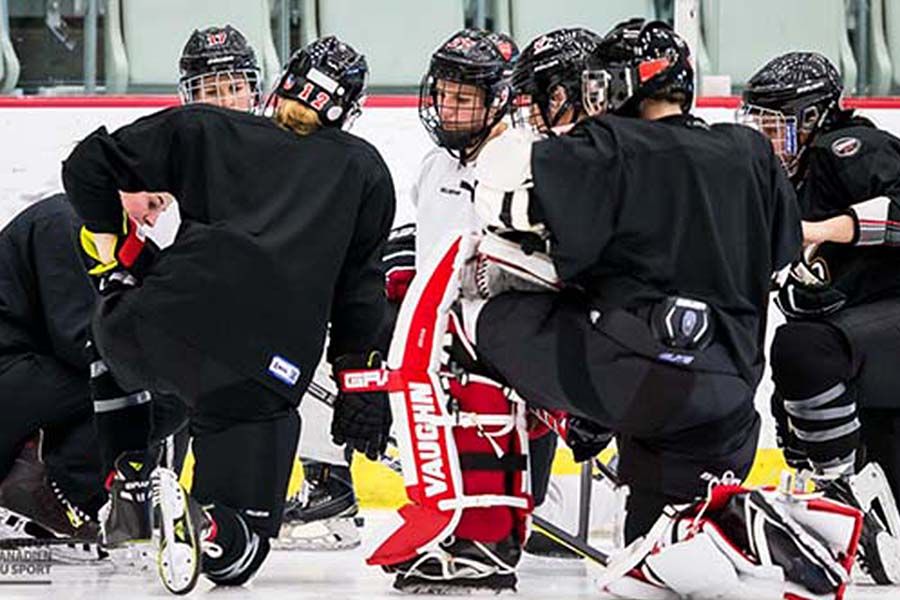 The Canadian National Women’s Hockey Team is ready to show the world what they are made of as they host the 2016 IIHF Women’s World Championship March 28-April 4 in Kamloops.

After bringing home the gold from the 2014 Olympic Games, forward Brianne Jenner says, “Having World Championships on home soil is very exciting for us and something we really look forward to. We have great fans when we play at home and it really makes for a fantastic atmosphere. The Four Nations Cup was held in Kamloops in 2014 and the crowd really got behind us. I have no doubt they will do the same in April.”

Two-time Olympic Gold Medallist Rebecca Johnston says, “The partnership between Hockey Canada and CSI Calgary has been amazing! I use a wide variety of the services. As a hockey player, I need treatment on a weekly basis to stay on top of my body and eliminate injuries. The CSI Calgary provides us with everything that we need and more! We are so fortunate to have the resources that we do.”

Meaghan Mikkelson Reid, also a double Olympic Gold Medallist, has recently returned to the team after having her first child. She believes this feat is in part thanks to Strength and Conditioning Coach Jeff Osadec, emphasizing, “I could not be more grateful for the amazing work that Jeff has done for me. After working with him for four years, he trained me through my pregnancy and then after I had my son. He helped me get back to full strength in approximately three months. There is no way I would have been named to the World Championship team without his knowledge, expertise, and passion when it comes to training athletes.”

The CSI Calgary’s Amy Bauerle, a therapist with Canada’s National Women’s Team, notes, “It is great to have the opportunity to work with the athletes throughout the season. These women are dedicated athletes and I am excited to see their hard work pay off in Kamloops when they get the chance to compete on the world stage on home ice. It’s an honour to be a part of this journey with them.”

To follow the Canadian Women on their quest for World Championship gold, visit http://www.worldwomen2016.com/en/.