2018 The Year That Was: Olympic Winter Games Retrospective 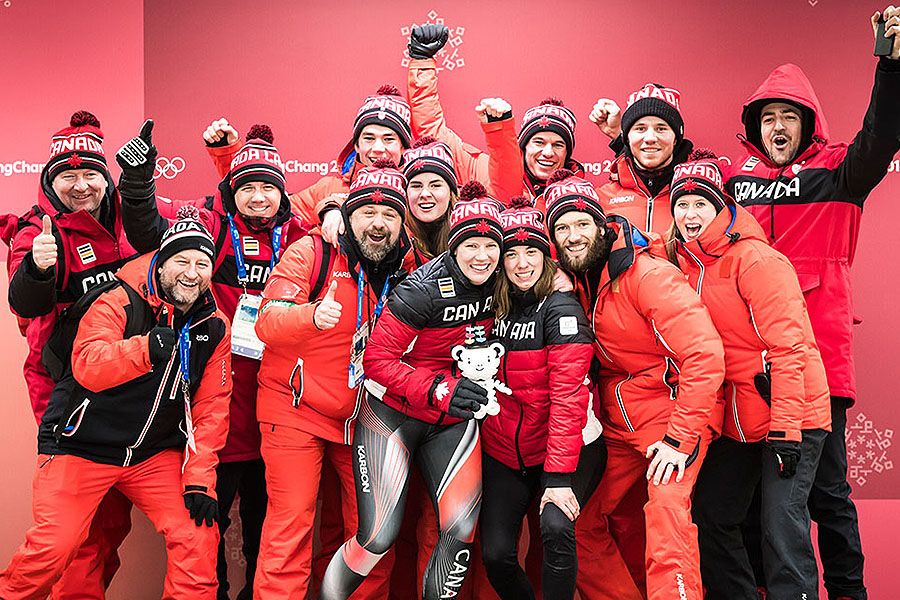 Summing up an Olympic Games with a list of names and numbers is an impossible task. From first to last there is a uniquely human story attached to each, and it seems unfair to tally the wins and losses as data alone – it diminishes their weight. So, while we take this year-end glimpse back at what athletes from CSI Calgary accomplished in 2018, let’s take a moment to remember their journeys as much as the score.

Alex Gough: Olympic bronze. After two decades of knocking at – and knocking down – the door, Alex Gough finally slid into Olympic history. Breaking through the German stranglehold in luge was monumental for Gough, in fact it took four Olympic Games for her to earn her Olympic bronze. The gruelling grind that Gough sustained makes the reward all the sweeter. #Canadiantrailblazer

Team Luge: Olympic Silver. Sam Edney, Alex Gough, Tristan Walker and Justin Snith were up against a lot of drama leading up to PyeongChang. The quartet was almost upgraded to a bronze medal for their 4th place finish in 2014 after the Russian teams ahead of them appeared to be ensnared by the McLaren Report, but a last-minute ruling reversed that finding. Instead the team decided to win their medal decisively. The lean, clean machine won silver, free and clear, no upgrade required. #Redemptionissweet

Ted Jan Bloemen: Olympic gold and silver. The transplanted Dutchman and proud, new Canadian took the opportunity to represent Canada at the Olympic Winter Games very seriously. For the first time in his career the talented speed skater says he found a real home where he could blossom into a world-class athlete. First, he broke the 10,000m world record, and then won the Olympic title over former compatriot and heavy favourite, Sven Kramer. #Canadianatheart

Brady Leman: Olympic gold. First, a broken leg in 2010. Then an agonizing fourth in 2014 (after making a break for first). And finally, Olympic ski cross gold in PyeongChang. Leman’s long journey to the top of the podium was wrought with injury and heartache (he broke his leg three times). But champions never give up and Leman wasn’t about to be the first. He kept on going, kept on pushing, until the job was done. #Thirdtimesthecharm

Kripps & Kopacz: Olympic gold. Victory was sweet and oh-so-tight for laid-back pilot Justin Kripps and brakeman Alex Kopacz. The duo tied the Germans for the win, 20 years after Canadian legend Pierre Lueders – who taught Kripps how to drive a bobsleigh – tied Italy for gold in 1998. In his third trip to the Games, Kripps relied on his consistency and mental preparation to bring home the gold. #ThirdtimesthecharmforKrippstoo

And let’s not forget summer… Canada won three medals at the 2018 World Freestyle Wrestling Championships in Budapest, Hungary, including 2016 Olympic Champion Erick Wiebe, who won bronze in the 76kg category and Danielle Lappage who won silver in the 65kg category. Lappage came back from a devastating hamstring injury in 2016 that left her wondering if she would ever compete again. #Lookslikeshedid

In all, CSI Calgary athletes won 11 medals in PyeongChang and dozens more at World Championships and World Cups. Not that we’re counting though. #JobwelldoneCSICalgary