Simonson Says “Just Do It” 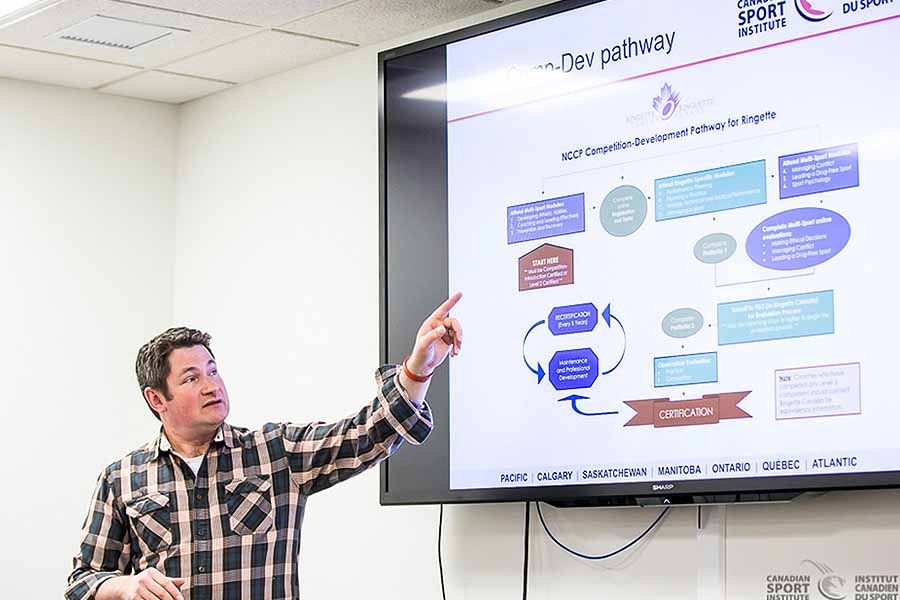 The desire to learn and continue improving his craft is what pushed Carl Simonson to jump in feet first to the Canadian Sport Institute Calgary (CSI Calgary) Advanced Coaching Diploma (ACD) in April 2016, even though he’d been coaching for 26 years and was already a high-functioning, professional coach.

Simonson, the Assistant Head Coach at the University of Calgary Swim Club, is pragmatic about the decision to go back to school. “The ACD is the top of what you can do in coaching,” he professes. “So, I figured I should just do it.”

It wasn’t easy however, with a new baby at home and a new full-time job at the University. Simonson says that one of the biggest challenges of the program was figuring out how to reorganize his life to accommodate his need to continue learning, but it was a change he was willing to make.

“I liked going back into the role of student again,” he says. “That was surprisingly uncomfortable at first but then it quickly became a part of my life and then something that I really enjoyed.”

The effort has paid off, and Simonson is one of the newest graduates from the ACD, having just completed his final presentation and submitted his portfolio of work. The purpose of the final presentation is to give the coaches an opportunity to demonstrate what they’ve learned and how the work they’ve done enhances their athletes’ performance.

For his final presentation, Simonson focused on how he felt the course pushed his coaching. One area in particular that he felt pushed was in the field of motor learning and how to teach new skills to kids. “It’s not how we were taught,” he says. “Breaking that habit is difficult.”

In a sense, that is the whole point of the ACD. Jason Sjostrom, Director of Coaching at CSI Calgary says the main focus of the program is for coaches to take the information into the field, work on it and make a positive impact on their athletes, then come back and comment critically on how it went.

Simonson says that approach is what helped him excel. “The biggest takeaway was that they provided a ton of leading edge theoretical information, and as coaches we had to distill it down into our own sport and then put that understanding into practice.”

Sjostrom says that Simonson stood out in the program because of his ability to take those new ideas into his work, figure out how to implement them and determine whether or not they worked.

“What I appreciated about Carl was that he brought to class a lot of critical thinking and he made those experiences very rich. He was able to go out and try new things and make it work for him,” says Sjostrom. “He’s really taking his coaching to the next level.”

Lifelong learning is the name of the game for Simonson, who despite a long career in coaching and an impressive record of results, maintains a growth mindset to his profession. “I’m still adjusting a lot of things in my coaching,” he maintains. “I don’t want to become fixed in a new way, but always be evolving.”