What Could Be Next 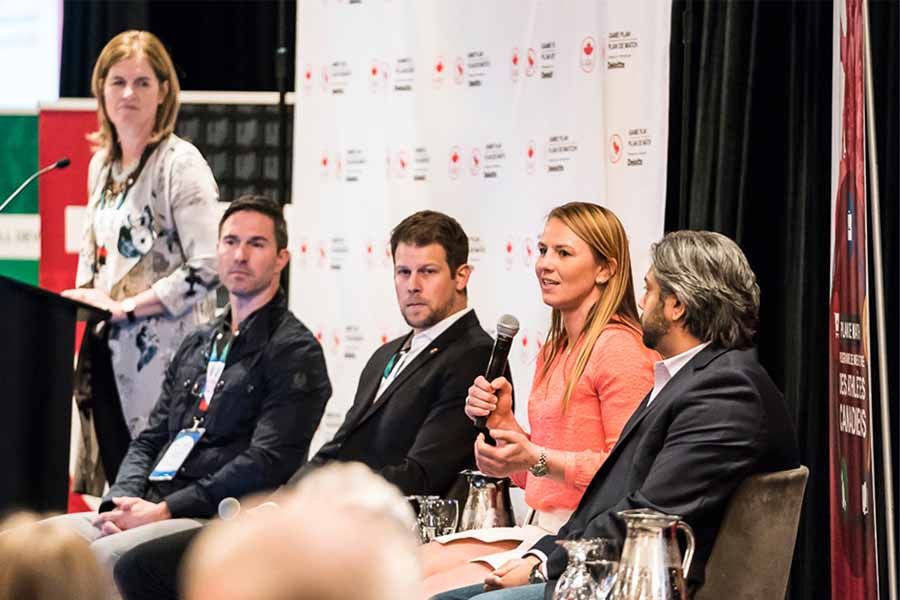 Says Jesse Lumsden, former CFL star and 3-time Olympian in bobsleigh: “When you realize that you’re 23, 25, 30… you still hopefully have sixty years left of your life… that’s a lot of space to fill and a lot of life to live. So, it’s not the end of the world, there’s a lot of other things out there and you just gotta start figuring out what’s the best way to take advantage of that.”

Says Recently Retired Athlete: “Wait, what? Am I supposed to be psyched about facing down the next sixty years of my life with absolutely no idea what I want to do or how anyone will ever give me a job when all I’ve ever done with my life is (choose one): skate in circles, push a big sled, lift and lower some weights, ski downhill really, really fast, kick a ball into a net…? It IS the end of the world!!”

Ah yes, the bridge that all athletes must cross one day. From HERE, where it is safe and comfortable, where people take care of me and I’m like the best in the world at something really important, to THERE, where I am unsure and scared, where I feel alone and like I’m not good at anything.

The fear is only natural, but not fatal, says Lumsden, who works in business development for Resource Merchant Capital. “I think that a lot of people get scared once they come to that bridge, but they need to understand that there is opportunity out there. You can’t close yourself off, you have to try to be more open and understand that you bring a lot to the table as an athlete.”

Bridging that gap is what Lumsden and fellow Canadian athletes, all at different stages of their careers, were doing in Calgary at the recent Game Plan Summit hosted by the Canadian Sport Institute Calgary. Game Plan, powered by Deloitte, is Canada’s total athlete wellness plan whose mission is supporting national team athletes to live better and more holistic lives, during and after their careers.

The summit featured keynote speakers, panel discussions, breakout sessions and networking opportunities, all geared towards getting through transition. Whether transition is staring a recently retired athlete in the face, or still years away for others, like Paralympic superstar in cross-country skiing, Mark Arendz, there was something for everyone to start preparing for what could be next.

Arendz, who won six medals at the 2018 Paralympics, says he’s had trouble in the past finding balance between school and sport, and hopes that Game Plan can help him stay on track in sport and for the future.

“I’ve always believed that having a plan for what’s next after a goal or a career in cross-country skiing and sport helps with the moment, living in that moment and performing in that moment. So that’s kind of why I wanted to come here and get that start on it,” he explains.

Lumsden says athletes have so much to offer and if they understand that they can translate those skills, they’ll see they have a lot of potential outside sport too. “I think athletes need to hear that, they need the confidence, but they also need to know it’s not easy,” he says. “It’s going back to square one again.”

Says Game Plan Attendee: “Ok, phew. It’s all going to be okay. I’ve got tools, I’ve got resources and heck, I’ve been to the Olympics! I know Game Plan has my back and even though I’m not exactly sure how it will all turn out, I know I’ve got what it takes to be world-class at whatever I put my mind to.”