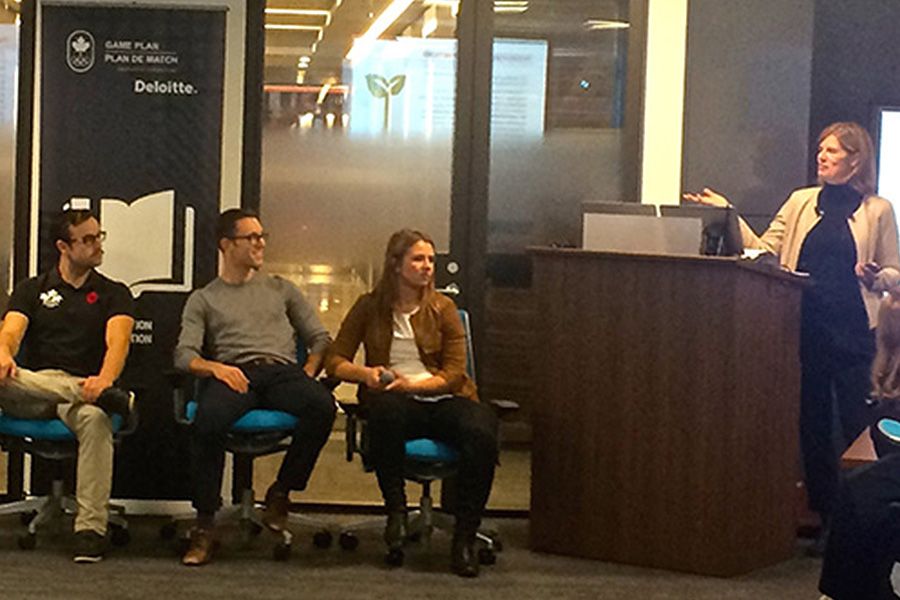 For some athletes, moving beyond sport can be completing their education and finding a job. For others, the transition may evolve into a full-blown apocalyptic, existential crisis. Leaving competitive sport behind is a tough pill to swallow.

During the weeks and months following an Olympic Games, many athletes fall into a post-Olympic malaise characterized by a letdown after the intense build up to what is often the biggest event of their careers. Regardless of whether one returns home as a newly-minted Olympic medallist or a disappointed competitor, unease about the future emerges.

This post-Olympic period can be fraught with changes at an organizational level, in coaching staff and in program structure. This, combined with an athlete’s inner search for clarity and the desire to continue competing, can make for a tumultuous period.

In anticipation of this phase, the 2016 Game Plan Summit was held this past last weekend to explore each of the five Game Plan elements: career, education, health, network, and skill development. Game Plan is a collaboration between the Canadian Olympic Committee (COC), Canadian Paralympic Committee (CPC), Canadian Olympic and Paralympic Sport Institute Network (COPSIN), Deloitte and Sport Canada. This second event of its kind, brought together the Game Plan partners and national team athletes at the recently completed Deloitte University, a learning campus at the Deloitte building in downtown Toronto.

The Summit presented opportunities for athletes to network with alumni and industry leaders, reconnect with athletes, attend skill development workshops, and leave with concrete tools and experiences. The theme of the event was ‘Breakthrough’ and the goal was to provide athletes with access to knowledge and resources to perform at their best in and out of sport.

Jessica Zelinka, a two-time Olympian in heptathlon and CSI Calgary athlete, fell just short of her goal of competing in Rio. With lingering feelings of disappointment and love of sport, she’s not quite ready to walk away yet. While she works through what comes next in her life, she continues to train and has taken on two jobs.

In addition to the sessions and workshops at the summit focusing on the practical aspects of transition, what Zelinka appreciated deeply about the experience was the ability to connect with other athletes. “It was a really good opportunity to see everyone and hear their stories, to know that I’m not alone and that there is a lot of support out there.”

This sentiment was echoed by 2016 Olympic Champion in wrestling and CSI Calgary athlete, Erica Wiebe. While Wiebe’s schedule is currently overflowing with appearances and public speaking, leaving little time to address future plans, she welcomed the chance to connect with her fellow athletes.

“I’m so inspired by my peers,” she says. “We are all doing the same thing but we all have a unique story. It’s amazing to learn about how everyone handles the challenges in their lives.”

Cara Button, Director of Stakeholder Relations at the CSI Calgary, was a presenter at the summit. She observed was that the event provided a new connection for many athletes. “It exposed the athletes to the Game Plan program and the wealth of resources available to them as they develop their plans for the future,” she says.

The challenge of transition is not unique to athletes. One of the recurring messages at the summit was the idea that transition happens to everyone throughout their lives and the necessity of embracing it is infinite and universal. For some athletes, difficulty arises in being frank and honest about how they are truly feeling.

“The summit helped open up the conversation I was afraid to have with myself, to learn about the options and resources that are available to me,” says Zelinka. “I know there are some other things I could love but I don’t know what those are yet.”

The Game Plan program is having impact developing mentally stronger athletes who apply what they have learned as leaders in the sport to the betterment of themselves and their communities.